December 16, 2006
I heard it before I saw it. That sound that all gardeners recognize instantly. The sound of a potted plant falling to the floor. I turned around just as I heard the crash. In those first few seconds before I knew which plant had fallen, I thought "I hope that is one of those straggly coleus plants I am trying to overwinter inside." 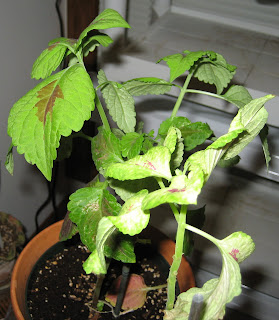 But it wasn't. It was the Zygopetalum orchid. The one that is blooming.

Then I hoped that the flower stem was not broken in the fall.

So now the orchid is a cut flower in a vase. It should still last awhile, though not as long as it would last if it was still attached to the plant.

I won't even show you the orchid in the vase. Just go here to remember how the orchid was when it first flowerd. 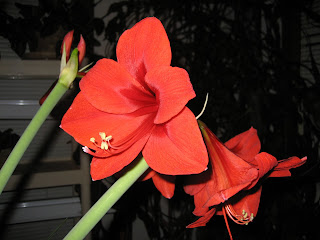 Not bad for a "bulb in a box" for $4. And nearby is this pinky-white amaryllis in bloom. 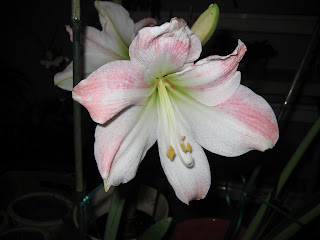 I'm enjoying these Christmas-y flowers, but I sure wish they hadn't distracted me like that!
indoor gardening