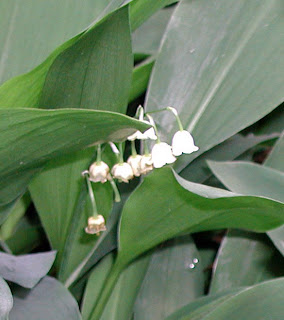 I’ll have to confess that I did not have time to read the December selection of the Garden Bloggers’ Book Club, My Favorite Plant: Writers and Gardeners on the Plants They Love edited by Jamaica Kincaid. And to make my confession a bit more honest, it isn’t so much that I didn’t have time to read it, because I did spend some time reading during the month, it was that I just did not find the book that engaging. I picked it up several times and scanned the table of contents and tried to pick a few essays that might interest me, and ended up reading only one chapter. It was the one on gourds by Katharine White.

So I am going to follow my own back up plan for those who didn’t have time or take time to read the book. I am posting about “my favorite plant”.

I’ve thought off and on throughout the month about what is my favorite plant. I can’t decide. I seem to have a mental block about choosing one, as though once I do, I’ll forever have to consider all other plants “second to this one”, the one I choose. I just can’t seem to bring myself to do that. So instead I made a list of “Plants I Would Take With Me If I Had To Move”.

Peonies. I have some that my Dad had on the south side of our house growing up. Every spring he recruited us to pinch off the axillary flower buds so that the terminal flower bud would form a bigger flower. And he did get some big flowers that way, all soft pink and as big as softballs. Several years ago, during a big construction project, they had to dig on that side of the house, and I thought the peonies were dug up and tossed aside before I could get to them to save them. But, fortunately that next spring they came up, a little worse for the experience, but they were there. I dug up all I could, potted them up and then distributed them to my siblings for fall planting. Of course, I kept a few for myself!

Asters. My aunt gave me some asters when I moved into my first house and had my first real garden, and I’ve moved them twice since then. She said she got them from my Dad, and he had given her all he had because they were too floppy and messy for his taste. But I love them, because they bloom in late September when nearly everything else in the garden is done for the season. And they attract scores of butterflies, so that when I walk by the asters in the fall while mowing the grass, I am briefly surrounded by dozens of butterflies.

Lily of the Valley. Whenever I see Lily of the Valley in bloom, I am transported back in time to when we visited my grandmother every Sunday afternoon. She had a large bed of Lily of the Valley growing on the side of her house, and when they bloomed in the spring, we would pick all that we could and proudly present them to her and my mother.

Violets. See Lily of the Valley! They bloom at the same time, and we always managed to pick a few violets to go with the Lily of the Valley. Is there any more perfect bouquet of spring flowers than violets and Lily of the Valley? For this same reason, I always start my spring planting with the closely related violas, which I buy as soon as I see them in the garden center.

Hostas. I wouldn’t take all my hostas with me, but I would take the old-fashioned ones that actually bloom in August, living up to the name “August Lily”. I dug mine up from my brother & sister-in-law’s house. They gave them to me in a moment of weakness when they were desperate for me to drive my Mom to their house to baby-sit and I really wanted to stay home because it was spring and I wanted to plant the vegetable garden. But every gardener has her price, and I could not resist the offer! I took them all!

The Night-Blooming Cereus. This is a monster house plant, growing in a 20 inch pot, tied up to a 5 foot trellis in the corner of my sunroom. I’ve had it for nearly 20 years, and it is like a member of the family now, and so I would have to take it with me if I ever move. My Dad got a start of this plant from a family friend named Louisa who was from Czechoslovakia. When he had it, it was always an event when it bloomed, with neighbors gathered around to watch it. I try to make it an event when it blooms for me (all three times, so far!)

I have dozens of other plants I could include on my “must be moved if I ever move” list, but I’ll stop there. Many of those that I would list are what I consider “first generation” at least for me. I purchased them and assume I could purchase them again if I had to move.

But the ones I’ve listed here just wouldn’t be the same if they were ‘store bought’. I chose them not for their visual appeal, their flowers, the scent or their foliage. Like many gardeners, I chose those plants that I have a history with, that are part of my gardening experience, going back to childhood. They are plants that if I have them growing in my garden, wherever that might be, I could consider that place my home.