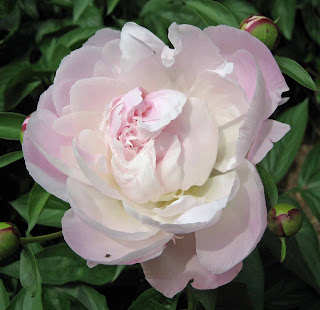 Do you have enough Gardening WOO's?

It’s hard to come by sometimes, this WOO, so it's important to take advantage of it when you get it.

What is Gardening WOO?

Gardening WOO, or Window of Opportunity, is a time when all the forces around you are aligned so that you can spend some quality time working in your garden, without interruption.

When you have a good WOO, you must be ready, with tools sharpened and supplies and plants purchased, so that you can take full advantage of the WOO presented to you by the universe.

Some people make it more complicated to find good WOO’s for gardening because not only do they need to have all other obligations satisfied plus good weather, but it also has to be the right phase of the moon for planting.

Do you plant by the phases of the moon? I don’t usually. It seems too complicated and so far it doesn’t seem to make much difference, as far as I can tell. However, I did have some radishes that didn’t really form good, round radishes, so maybe the moon phase was the problem?

Checking my almanac, it appears that the 16th of March of this year when I sowed the spring crops, including radishes, was good for ABOVE ground crops, and the 24th and 25th would have been better for planting BELOW ground crops.

I really did have a whole bunch of ‘German Giant’ radishes, sown on March 16th, that didn't form a single nice round, globe shaped root and now they are flowering. I guess I planted them on the wrong day, based on the moon phases. Drats!

However, the lettuce and spinach that I sowed on that same day did great! 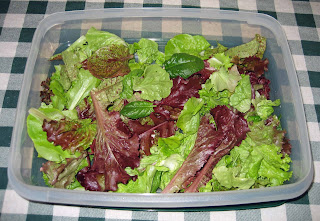 It's one of my best ever lettuce and spinach crops, due in part to the cool spring we’ve had, but also maybe because I planted them, accidently, on a good day to plant above ground crops, based on the phase of the moon.

But now I don’t hold out much hope for my other root crops like turnips and beets, also sown on March 16th.

I did have a WOO today for gardening, but didn’t quite finish planting everything, which was my plan. But the garden is weeded, hoed, raked and ready for me to plant, when I get another WOO.

So if there is a WOO tomorrow before it rains, I’ll commence planting. If not, well, it looks like the 27th – 29th of May 5th and 6th of June are better days to plant above ground plants, according to the almanac, and I should have some WOO’s in the evenings on those days, after work. But I don't want to wait that long.

And I should have some WOO's to enjoy the peonies which are just now starting to open as the 'Miss Kim' lilacs are fading. 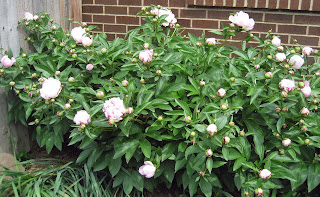 I guess the peonies know this is their WOO to take center stage in the garden.

My wish for you is that you have all the Gardening WOO’s that you’ll need to plant all your plants this spring, and that they occur in the right phase of the moon for whatever you want to do.

By the way, the only activity the almanac lists as good to do tomorrow, the 26th, is “castrate animals”. I’ll pass on that, and just take my chances planting above ground plants...
gardening perennials vegetable garden