Remembering Other Frosty Days at May Dreams Gardens 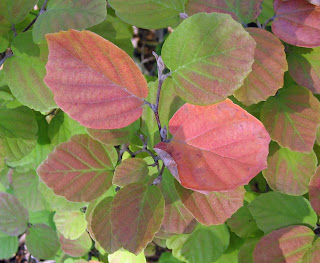 Today we had a killing frost.

A year ago today, we had a killing frost.

What are the chances of having a killing frost like that on the same day, two years in a row?

I don’t know, as I don’t have the math knowledge to cipher like that, but I suppose you would have to know the range of probable killing frost dates for Indianapolis, and then figure out the likelihood of all the combinations of dates you could have between two years, and then we would know ‘what are the chances’?

But it wouldn’t matter one bit, as we know the killing frost is going to happen, and usually it is going to happen around October 20th, give or take. I suppose this year and last year it was “take”. Or “give”. I don’t know. I guess we just got an extra week this season.

But let’s move on…

A year ago on this date, I wrote a post about what I did in the garden that day. It was about getting started with fall clean up, piling all the plant debris up high in the compost bins, and making some decisions as I went about the garden doing clean up. Goodness, I had a productive day a year ago.

Two years ago on this date, I wrote about the differences between varieties of flowering pear trees.

I don’t have a flowering pear tree, Pyrus calleryana, but my neighbors on each side each have one in their front yards. I should change that to” had”. My one neighbor’s pear tree that always leaned and always turned red first in the fall, fell over in a big storm a month or so ago, so it is no more.

That pear tree just fell over. Literally. It wasn’t uprooted. It just snapped off at ground level and fell over. And it was a pretty good sized tree. Did I mention it just fell over?

We should all remember that this tree just fell over, as it wasn’t the only flowering pear tree in the neighborhood that fell over in that storm, a windy remnant of Hurricane Ike.

We should also remember that when we buy trees and shrubs, we should look to get a named variety because then we are more likely to get a good one. But always do your research before you buy, because having a named variety isn’t a guarantee of a good tree or shrub.

(As evidence that not all named varities are good, I present that 'dog' of a forsythia I had, Forsythia x intermedia 'Arnold Dwarf'. Fancy hybrid, indeed! It was a big disappointment of an impulse purchase.)

So why am I going back through old posts?

In preparation for an upcoming blogging milestone, I’m looking back through old posts from the past two plus years to see what I’ve written and pick out a few of my personal favorites.

If you are a regular reader of my blog or even a newer reader, I'd be interested in knowing if you have a favorite post or two here at May Dreams Gardens. If it isn’t too presumptive or pretentious to ask, which ones are they? You can leave me a comment or send me an email.
Blogging fall trees