History Of Mowing at May Dreams Gardens 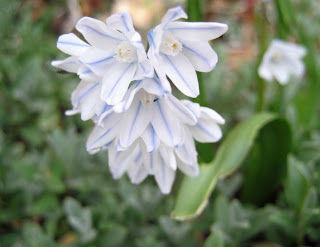 I remember the day several years ago when someone at work ask me if I had ever mowed the lawn after Thanksgiving. I said no. They claimed I had. And I said “Let me check my records”.

At that moment, as everyone turned and looked at me, I realized that it was quite possible, in fact very probable, that I’m in the minority in keeping track of when the first mowing and the last mowing of the season take place each year. The past several years I’ve actually kept track of every mowing. And I keep track in my ten year garden journal.

Having kept track, I can provide a brief history of mowing here at May Dreams Gardens, USDA Zone 5b, going back to 2001.

The earliest I’ve ever started mowing? That would be today, March 26th, this year.

I started off my mowing this year with the usual “first mowing” festivities, speeches and ribbon cutting ceremony. The temperature was very comfortable, in the low 60’s, and the skies were clear blue. I wore my best gardening jeans and a nice green t-shirt and my ‘just for gardening’ sunglasses. The mower started easily and purred like a kitten.

Many of the same flowers that were blooming last year when I mowed for the first time on April 7th, were blooming today on March 26th, confirming for me that Spring has arrived a little earlier this year, by maybe two weeks. This is in spite of the first Crocus blooming later this year than it has ever bloomed. Go figure.

Some of the blooms include Narcissus, Hyacinth, Star Magnolia, Vinca minor, Helleborus, Forsythia, Chiondoxia, and Puschkinia libanotica, pictured above.

I’ll admit that I could have waited a few more days, even a week, to mow the lawn for the first time this year, as it really has just started to grow. It’s at that stage where there are clumps of grass growing up tall in some places, but elsewhere the grass hasn’t really started to grow very much at all.

But I mowed anyway, because I wanted to even out the lawn in preparation for A Major Lawn Event taking place tomorrow evening and Saturday.

Consider this the before picture. The sod cutting festivities begin tomorrow after work, weather permitting.