April 19, 2009
Welcome to May Dreams Gardens, where the Gardener, Carol, bought a new camera. We garden fairies decided to share some of the images because normally Carol doesn't include a lot of pictures in her posts.

Fairy posts are kind of complicated to put together, by the way, which is why we don't post very often. Some of us are typing, some are dictating, others are on the look out for Carol. But we managed to put together a decent post while she was sleeping off a long day in the garden.

Some of the common lilacs are starting to bloom. 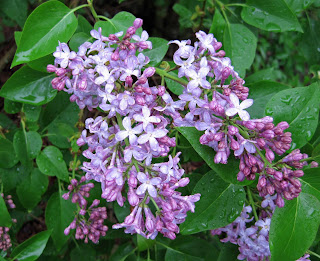 We like to have parties around the lilacs in the spring, just because they smell so good.

Another fun place is under the flowering crabapple. 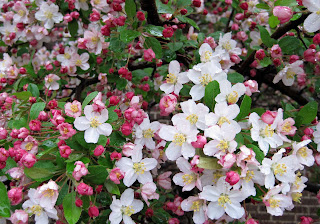 When all the petals fall, we gather them up to make fancy party skirts. A garden fairy can never have too many party clothes.

This is Bleeding Heart. 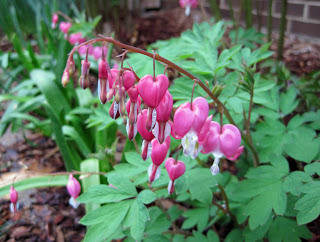 When a boy garden fairy wishes to propose to a girl garden fairy, he presents her with a bleeding heart bloom. Last year this didn't bloom very well, so it is good to see more blooms on it this year.

We are really watching the buds on this Carolina Silverbell. 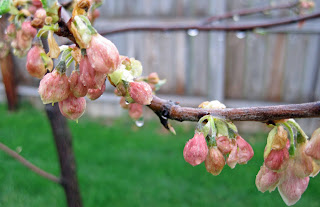 When these bloom, we like to steal a few for party hats. Did we mention how often we garden fairies like to party?

Be careful around the Vinca. 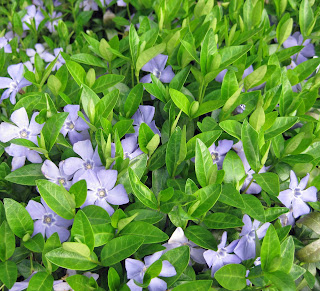 After a long night of partying, you might find a garden fairy or two snuggled down under this ground cover, "sleeping it off", so to speak.

The star flowers are another fairy favorite. 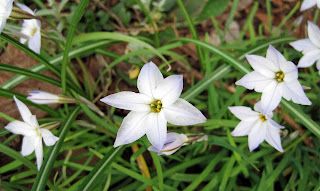 Come to think of it, all flowers are fairy favorites! 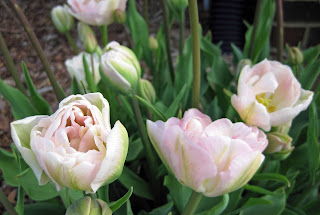 This is another good place to hide during the day.

Carol took a lot of other pictures, but some of them are of compost and boring stuff like that. We'll let her write those posts!

Oh, by the way, Carol's new camera is a Canon PowerShot SD1200 IS "point and shoot", and it's green.

Posted by the Garden Fairies at May Dreams Gardens.
fairies