Reforming My "One Of" Ways, Again

And I did have to have that "one of" plant at the time I bought it, at least until the next “one of” plant caught my eye.

But after seeing the gardens at the Chicago Botanic Garden and wandering twice through the Lurie Garden at Millennium Park in downtown Chicago, I can see that the “one of” method of planting has its limits. It will hardly stop you in your tracks like this field of poppies at the botanic garden. 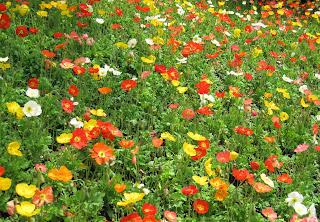 Or the entire Lurie Garden. 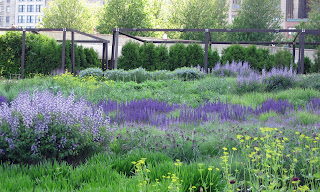 And though I could not even begin to create the Lurie Garden in my backyard, I can learn from it the power of planting more than one of a particular plant to make a grander display. I believe I’ve actually learned this lesson about ten times in my gardening life, but this time maybe it will stick.

If wishes were as plentiful as the seeds of the cottonwood trees which drifted through the air wherever we went in Chicago during the Spring Fling this past weekend, I’d plant a LOT of these five plants that I saw at either the Chicago Botanic Garden or the Lurie Garden in my own garden. 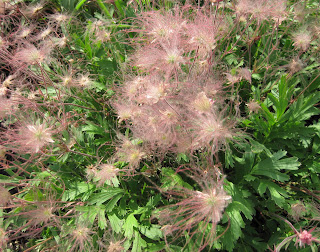 I first saw this blooming at Mr. McGregor’s Daughter’s garden, and then later saw them at the Chicago Botanic Garden and the Lurie Garden. I think my comment on seeing it each time was “Why don’t I have that in my garden?” Why not, indeed? 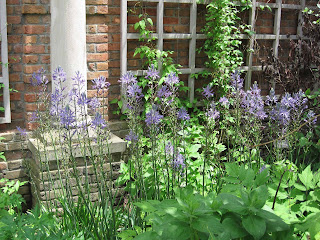 These were blooming in the English walled garden at the Chicago Botanic Garden. So often the flowers we enjoy in the spring are at ground level that it would be nice to have a grouping or two or three of these towering above. 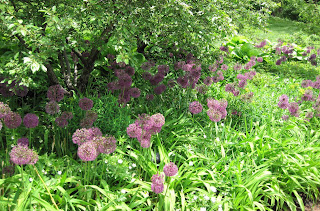 Alliums were everywhere we looked in Chicago. I have a few in my garden, but I clearly need many more than a few to make a grand display. Remind me to order several dozen for fall planting. 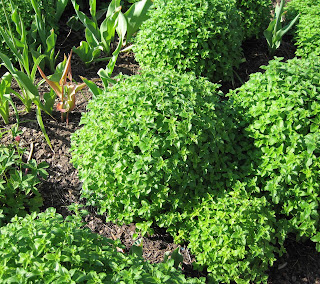 I didn’t even see this in bloom but I like how the plant forms a nice rounded shape with no pruning. I don’t even care what the bloom looks like, I just like the shape! Okay, I care a little bit about the bloom, but I’m sure it isn’t something horrible. 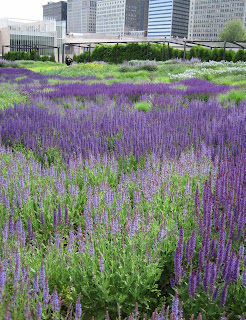 I actually bought three pots of Salvia x sylvestris ‘May Nights’ earlier this spring, which is more than the “one of” that I usually plant. I think I may add several plants each of ‘Rugen’ and ‘Wesuwe’, also growing in the Lurie Garden, to my own garden.

If I get enough of these plants, I should be well on my way to reforming my “one of” ways!