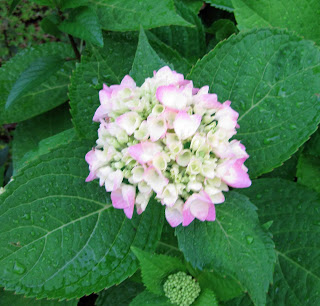 Greetings to all members of the Society for the Preservation and Propagation of Old-Time Gardening Wisdom, Lore, and Superstition (SPPOTGWLS or “the Society”)

Following are the minutes of our latest meeting.

The meeting began with a review of the previous minutes, notes, and correspondence of The Society. It was also noted that The Society began nearly one year ago on June 16, 2008.

Following the reading of the minutes, we proceeded to the Show & Tell program.

Since I, your humble self-appointed president, was the only one who knew about the Show & Tell planned for the meeting, I did most of the showing and telling. (Although one could argue, if we were the kind of society to do any arguing, that we all do a lot of showing and telling via our garden blog posts.)

All members of The Society were full of awe and wonder, and maybe a funny little “ick” feeling, when I unveiled for all to see… 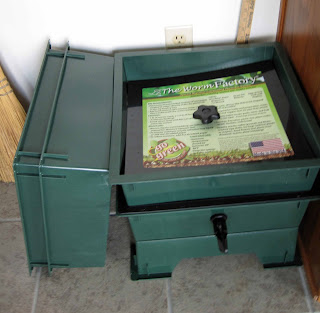 Following is a transcript of the talk I gave on my worm farm.

"Yes, as hinted at during the chatting that generally goes on between meetings via Twitter, I am now a Worm Farmer, a vermicomposter, with a genuine (gen-u-wine) worm farm. I purchased said worm farm at the Indiana Flower & Patio Show back in early spring and then added worms shortly thereafter. Oh my, did I tell you about the day the worms arrived?

I ordered the worms from a place not far from here and then got an email message that it would be several weeks before they arrived. I suppose they had to round the worms up, count them (I ordered 500 after all), make sure they all had their shots, traveling papers, etc. before they herded them up into a little bag of coir fiber, put that in a box and shipped them to me. I’m not complaining, mind you, but they left out the critical step of notifying me that the worms were on their way, so I was quite surprised to find them in my mailbox one day.

And that box o’ worms-in-a-bag, by the way, was nearly the exact height and width of my mailbox, so it took me a few minutes to wiggle those red wigglers (that’s the kind of worms I got) out of there.

But I did get them out, and in a mad panic, set up the worm farm with bedding and food and dumped carefully placed the worms in their new home, the May Dreams Gardens Worm Farm, before dashing off for the evening. No, I didn't cancel my plans for that evening just because I suddenly had worms, thank you for the question.

So far so good…

- Only one worm tried to venture out of the farm and he died a horrible death on the carpet of the great room. None of the others have tried to get out since. Although, why would they? They have a comfy bed and good food, including strawberry tops and garden-fresh lettuce. And it is all snuggly warm and humid in "the farm", just the way the worms like it. Worm-paradise, it is!

- As the weeks have passed, the worms’ appetites have steadily increased and I’ve had to give them more food. I don’t mind, it’s all kitchen scraps anyway. Sometimes when it is real quiet and I take the lid off of the worm farm, I swear I can hear the worms chewing on all that food.

- I did have a temporary issue with gnats around the worm farm, but I set out a little bowl of cider vinegar nearby which attracts the gnats. Since gnats are notoriously poor swimmers, they drown in the vinegar. Gnat problem solved, as they say.

- My worm farm has a spigot to drain out the water that collects in the bottom. One would think this “worm water” would be good for watering plants, but the sites I checked for reference indicate it is not. It is mostly leachate, which can contain phytotoxins. Phyto=plant, toxin=poison! 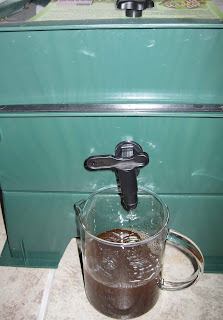 I’m almost ready to add the next layer to the farm, though it will still be some time before I have enough worm castings, the actual product of the farm, to harvest to put on houseplants.

I recommend worm farming only to those who are willing to look at and handle the worms. If you can’t do that, you should stick to traditional composting methods. But all members of The Society should definitely be composting in some form or fashion. It is practically a requirement for membership to SPPOTGWLS!"

The meeting concluded with comments and questions from the members as we dined on dirt cake decorated with gummy worms. Members of The Society seemed to enjoy this Show and Tell of my worm farm and appreciated that I didn't include any pictures of the actual worms.

P.S. I also did some show and tell with my Hydrangea ‘Endless Summer’. I included a picture of a new bloom above for those members who might be squeamish about worms and worm farming and worm water.
society