Evidence That Gardeners Are Born Not Made 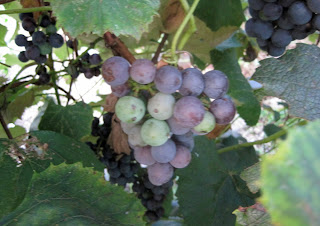 MayDreamsGardens, IN -- Researchers at the Institute for Gardenetics Research and Other Work (iGROW) recently found that entwined along the strands of the DNA of gardeners were tiny little leaves, the presence of which provided sufficient evidence to support the theory that gardeners are born not made.

They further noted that if this characteristic was found in a person’s DNA, he or she was compelled to be a gardener. If it didn’t exist, then the individuals without it would never be happy with their hands in the dirt, though they might enjoy having flowers around them as long as someone else was growing them.

Many people inherently knew gardeners were different and often spoke of this “gardening gene” as a mythical piece of genetic coding and thus were not surprised to learn that it actually does exist.

However, rumors that there is a fixed quantity of these gardening genes and that some people have more than their fair share was shown to be simply not true. According to researchers, each person has an equal chance of inheriting some amount of these gardening genes, but within a family, the genes can be quite dominate in one sibling, but not present at all in other siblings.

Researchers also discovered that when people congregated at parties or other events, it did not take long for the gardeners of the group to discover one another and begin talking about plants, soil, insects, and other topics related to “gardening”. This attraction of gardeners to one another was named hortotropism. Most gardeners also exhibited a willingness to share information about gardening with anyone who would listen, and often took that sharing to a more physical level by exchanging seeds and cuttings with one another.

Though further research is needed to truly understand these tiny leaves on the strands of the gardeners’ DNA, the implication that gardeners are born not made should enrich the gardening world like compost on a flower bed.

(Source: Bureau of Made Up Information)