Hortotropism at the Old Mill in Pigeon Forge 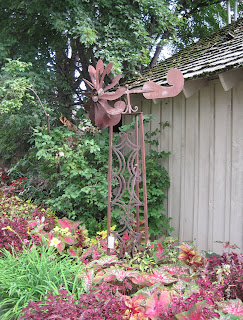 You won’t find a definition for hortotropism in a dictionary, but that doesn’t mean it doesn’t exist.

In fact, if you are a gardener and more than once you’ve struck up a conversation with a gardener you didn’t know, you know that hortotropism does exist.

It’s that natural inclination for gardeners to just start talking to one another about gardening.

I started talking to the gardener in the Old Mill Square in Pigeon Forge when I saw him out transplanting zinnias a few days ago. 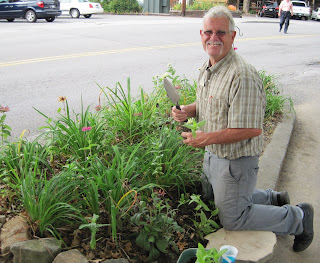 Zinnia transplants in the fall? Yes, the gardener said he had read something in the Knoxville paper that if you sow zinnias in late August, they will bloom before the first frost. He said they probably wouldn’t get frost until early November. He wasn’t too sure he’d get bloom but he had the seeds so decided to try.

We also talked about the weather, as gardeners do. He wanted to know if we had leaves turning here in Indianapolis, and I said not really except for some of the trees that seem to be under stress anyway, particularly flowering pear trees (Pyrus calleryana) and Red Maples (Acer rubrum). In fact, though the leaves in the Great Smoky Mountains National Park were for the most part still all green, I saw just one or two trees that were fully turned, and I thought they were Red Maples. He said their summer was cool and wet, like ours, so he expected the foliage color to be spectacular this fall.

I moved on after complimenting him on the plantings around the area he was responsible for but then a few minutes later when I walked back by, he asked me if tulips do well in Indianapolis.

We then discussed how in both locales most of the hybrid tulips are usually grown as annuals, since they don’t come back reliably the second year. I said I was switching to a lot of species tulips because of this. He didn’t care much for those because they were smaller, but mentioned he had an acre planted in daffodils, and we both agreed that those always seem to come back each spring.

If he grows daffodils as well as he grows coleus and caladiums, two plants he featured in many of the gardens around the Old Mill, it must be a spectacular spring display. 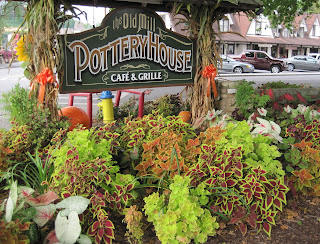 And that’s an example of hortotropism -- two gardeners who don’t know each other striking up a conversation about gardening, speaking a universal language of plants and weather, and all things gardening.

It is real, isn’t it! Do you have an example of hortotropism to help build a case for this previously unnamed horticultural phenomenon?
gardeners