To: Microtus pennsylvanicus aka Meadow Vole aka “Penny the Vole”

From: The Gardener/Landlord at May Dreams Gardens

Re: Notice of Eviction

Effective immediately, “Penny the Vole” and all related and unrelated members of her family who have taken up residence in the perennial border at May Dreams Gardens are ordered to vacate the premise. Failure to move by midnight on September 10, 2009 to the meadow where the street dead ends will result in a forced removal and other dire consequences. All burrows and tunnels will no longer be safe at that time. 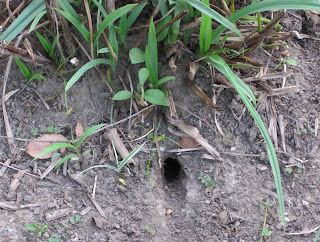 I had hoped that the hole in the ground in the perennial border led to a secret underground garden fairy hideaway. I was in denial. I knew it was voles. We had met before when they tried to destroy my garden several years ago. They were a worthy adversary, as I recall.


This evening I finally embraced the reality of the situation when I caught sight of the actual resident and confirmed it was a common meadow vole, Microtus pennsylvanicus. Voles seem so small and harmless, but they are as harmless as a rabbit in the garden, which means that they can not stay, at least not in my garden.


They feed on grasses, sedges, roots, and some insects and in the winter they can chew on the bark of trees. Of course, they probably avoid nutsedge and thistle. If they ate just those, they could stay. I would even pay them.

But then there is all that tunneling just below the surface. It disrupts the plants, like this balloon flower, Platycodon grandiflorus. 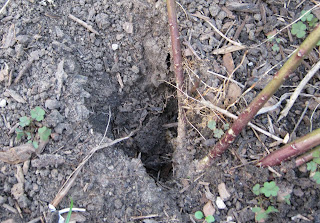 I like to think that with balance, even pests like these meadow voles can stay in a garden in limited numbers so they cause minimal damage. But I don’t see the balance in this situation, so I’ll add the balance myself.

One of the voles is hiding in this clump of Lamb’s Ear, Stachys byzantina. 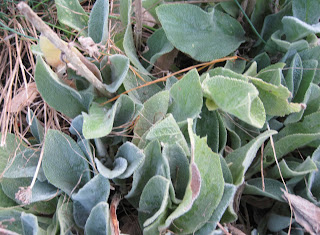 I saw it run in there when I was weeding, brewing, stewing, contemplating how to get rid of them. I tried to get it to come out for a picture. It wouldn't. “Go ahead. Hide for now, Penny the Vole, I’m still going to balance your equation.”

It is best to not ask too many questions about my plans for the “eviction process”,  for how I will bring balance back to nature in my garden. I’m not even sure myself what my plan is. I’m still working on the overall strategy. But I will have a plan. I will balance out the garden. I will replant the balloon flower.

I will prevail in this new battle to save my garden.
pests