A Gardener's Guide to "Quantities" 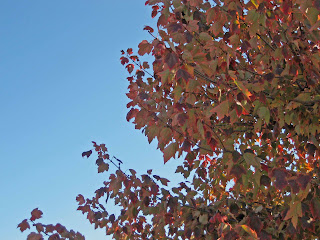 I thought it might be helpful to provide a gardener’s guide to “quantities” to help new gardeners speak the language of gardeners with more confidence.

Here are six ways gardeners describe “quantities” and what they mean.

When a gardeners say they want to get "a couple of" fill-in-the-blank, as in “I think I’d like to get a couple loads of topsoil”, this actually means that they would like to have upwards of eight loads of topsoil or some other quantity that is well more than two. By the way, two is generally not a number that most gardeners understand in buying anything gardening related, especially plants. We are always told to plant in three’s, and two is never enough to do that.

Not too many and not very many

When a gardener says “not too many” in response to someone asking her how many of something she bought, such as flats of annuals, this actually means that she bought one less than she really wanted to buy but way more than any non-gardener could even imagine, but she thinks she can handle the quantity she bought. The same applies to buying not too many seeds, not too many bulbs, not too many hoes, or not too many gardening magazines. Note, “not very many” is often used instead of “not too many” and is in fact often preferred because it implies a lesser quantity but may in fact be the same amount as “not too many”. It’s a subtle difference to keep in mind.

What a gardeners say “a few”, in reply to a question like “how many bulbs did you buy”, they deliberately leave off a vital piece of information, “the what”, because a vague answer takes far less explaining than “a few dozen” or “a few hundred”. So keep in mind that “a few” always refer to another larger quantity amount like a dozen, a hundred or even a thousand.

Not as many as I wanted to get.

We all know that “not as many as I wanted to get” generally refers to a quantity that most non-gardeners would not understand so again, most gardeners make no attempt to further explain it. For example, if a gardener runs into a big sale at the garden center and there are, say, seven plants available, she will want all seven, but will just buy six… see above about three being the lower limit for plant purchases. Then when asked how many she bought, the correct answer is “not as many as I wanted to get”.

A little and not that big

If asked how big they are going to make a new flower bed, most gardeners will reply with “not that big” which means that they are pretty sure they can dig it up themselves without renting a backhoe, but it is entirely possible that once they get started, they may have to get a backhoe to finish the job.

I hope this was helpful to those who are trying to learn the language of gardeners to become better gardeners themselves. The more we understand, the better we garden, right?

And yes, there are some advanced quantity definitions not included above such as “a good start”, “I didn’t get all of them”, and “look, over there, isn’t that an ice cream truck”, but we’ll save those for another time.

(A special note to new gardeners: Welcome to the club. We trust you with this information! It goes without saying, please do not share these definitions with non-gardeners because it would just confuse them and many of them would simply not understand.)
humor language of gardeners