A Gardener's Guide to "Time" 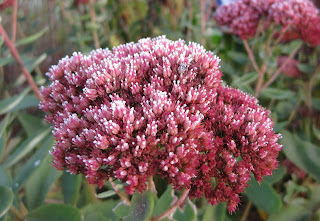 Given how quickly many gardeners learned and affirmed the gardener’s definitions for “quantities”, it is time to move on to how gardeners define “time”.

So gather around all you new gardeners, here's some insider informaton on the language gardeners use to describe “time”.

But first, remember that it is true what the philosophers tell us, time does stand still in a garden. This fact alone shapes how gardeners define time. So with that in mind, here are four phrases used to define "time" in a garden.

A gardener will often use the phrase “just a minute” to describe the amount of time that it will take to do something simple in the garden that doesn’t require them to change out of their “street clothes” into gardening togs. For example, a gardener might be walking out to her car to go to a movie and see a dead branch in the middle of an otherwise healthy shrub. She’ll then holler out, “I’m going to go get the pruners and trim that branch out before we leave. It will take just a minute.”

But we know from observation that total elapsed time for “just a minute” in a garden is often as long as 30 minutes outside of the garden. This is because the gardener goes to get the pruners, which aren’t where she left them, so she actually goes to find the pruners, and then once she finds them she sees that a few container plantings need some water. No way can she watch a movie knowing plants are suffering from lack of water. And since watering them will also take just a minute, she stops to do that, too. While standing there watering the plant she looks over to see a pretty bloom and accidently waters her shoes which causes her to have to go back inside to put on another pair of shoes. No problem, it will take just a minute!

It all took “just a minute” and who cares about seeing all those movie previews anyway?

How often are we gardeners asked by someone outside the garden, “When are you going to stop gardening for the day?” The answer is “in a bit”. We use “in a bit” to indicate that at any time we will be finished in the garden and will come in. It could be in five minutes or it could be in five hours. It is most definitely in a bit. Really, given all that calls out for our attention in the garden, it really is next to impossible to accurately predict when we will call it quits for the day, so we use the standard “in a bit”.

“Later” can be a confusing term for new gardeners because it doesn’t actually describe time in a garden. It describes a time frame outside of the garden. For example, when the sun is shining and the garden is too lovely to leave, the answer to any question about when we are doing to do something that doesn’t involve gardening is “later”. “Later” we will clean house or wash clothes or go pick up little “Johnny” or “Jenny” from school because on nice days, we all know that there is never enough time in the garden. There will be time later in the wintertime, for example, to catch up on all the “out of garden” activities.


I hope these definitions of “time” help new gardeners speak the language of gardeners more confidently. As with the definitions of “quantity”, please do not share this information with non-gardeners. It would take too long to explain it to them! And there is never enough time in the garden as it is, so we don’t need something like explaining ourselves to non-gardeners to distract us. Thank you!
humor language of gardeners