June 29, 2010
I have two varieties of betony, Stachys officinalis, in my garden. There is 'Hummelo', which has finished blooming now, or pretty much so. 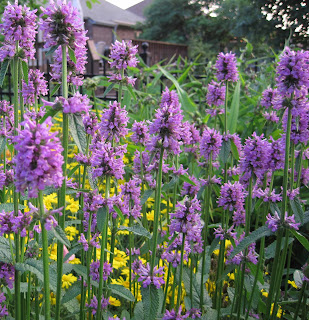 Then there is 'Nana', growing in a little miniature garden setting. 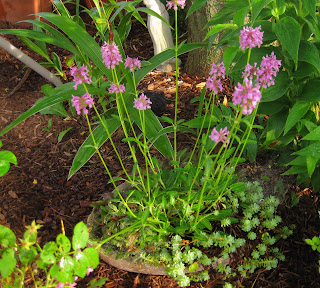 Suddenly, it feels safer to go out into the garden at night, now that I have betony, Stachys officinalis, two kinds, growing in my garden. I fear not those ghosts or anyone who might try to practice sorcery out there.

Plus, modern herbalist prescribe betony to cure anxiety. This is such an easy plant to grow, that I bet just growing it would cure some "horto anxiety" in the garden.
perennials