Not Every Lily Is A Lily

July 24, 2010
My garden is full of flowers that we call lilies. There are tiger lilies, blackberry lilies, August lilies, toad lilies, surprise lilies, rain lilies, and daylilies blooming today. But what's in a name?

That's what in a name.

These are not all lilies!

Can you tell which are truly lilies and which aren't?

Let's start off with this Tiger Lily. 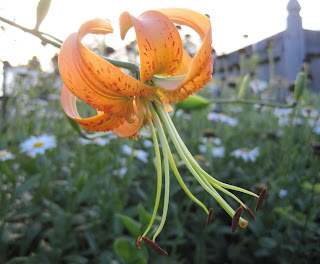 Yes, this really is a lily, Lilium tigrinum. It is a lily because it is a member of the Liliaceae family of plants.

How about this daylily, Hemerocallis sp.? 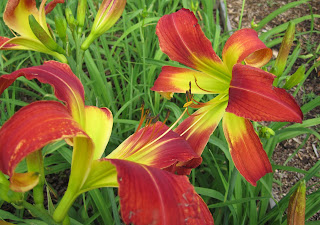 It looks rather lily-like but looks can be deceiving! It isn't a lily at all!

It's a member of the Hemerocallidaceae family of plants.

To be fair to those who thought for sure this was a lily, you might just be "old-school". At one time, the daylily was included in the Liliaceae family.

But now that it is in the Hemerocallidaceae family, maybe we should call it a "hemi" as in "dayhemi". After all with tens of thousands of cultivars and hybrids, it has the "power" to suck in many gardeners who then plant hundreds of them in their gardens.

(I'll pause for you to consider how I've managed to use "hemi" and "power" in the same sentence on a gardening blog.)

How about this August lily, Hosta sp? 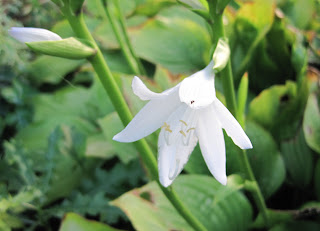 But guess what? Just like the daylilies, excuse me, dayhemies, the Hostas have also been moved out of the Liliaceae family. They are now in the Agavaceae family.

So this August Lily is not a lily at all! It's more closely related to agaves.

How about this surprise lily, Lycoris squamigera? 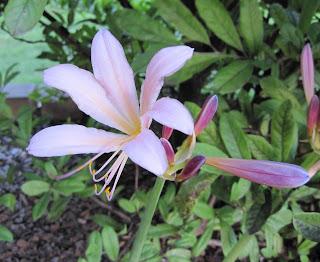 Some people call these resurrection lilies and others call them nekkid ladies because they bloom without leaves. (By the way, we genteel garden bloggers spell "nekkid" that way on purpose so that we don't end up being read by people who are looking for something other than flowers.)

But surprise! I am now exposing these surprise lilies as a fraud of a lily! They are not lilies at all. They are in the family Amaryllidaceae and have more in common with the Amaryllis that bloomed last week in my house than they have in common with any lily.

And just so you know, the Rain Lily, Zephyranthes sp. seems to be yet another member of the Amaryllidaceae family impersonating a lily. 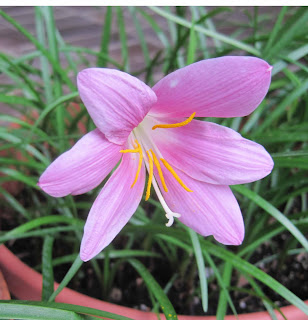 But what about the Toad Lilies, Tricyrtis hirta? 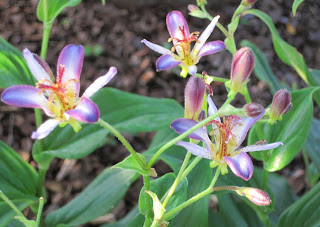 Thank goodness, we can trust the toad lilies because they are in the Liliaceae family.

But can we trust them? The toad lilies aren't supposed to bloom until late September at the earliest, but they are blooming now. Just what are they up to? I don't trust them. Someone ought to hop to it on that question and find out what's going on with these early blooming toad lilies.

Finally, what about the blackberry lily, Belamcanda chinensis? 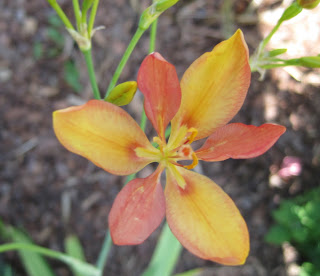 Can we trust it as being in the Liliaceae family, since it bears the common name of Lily?

No, it is no lily at all! It is in the Iridaceae family. In fact, some sources indicate that those who name plants have changed the blackberry lily's botanical name to...

Maybe we should learn to call this flower a blackberry iris?

So what have we learned from all these faux lilies?

- That the world of common plant names is full of deception and intrigue? Well, yes, we did learn that.

- That Carol has many lily like flowers blooming right now? Yes, that is true.

- That a rose may be a rose but a lily may not always be a lily?

Wait, a rose may not be a rose, if you consider the Rose of Sharon, Hibiscus syriacus. It is not in the Rosaceae family at all. It's in the Malvaceae family...

I'll stop there before I fall head first into the abyss of plant taxonomy and lose every reader I've ever had.
perennials plant taxonomy