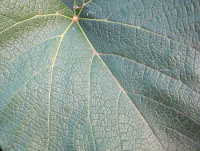 I am not pleased to report that we are about to break a weather record that was set back in 1897. That was the year they had the driest August on record with just .47 inches of rain, less than half an inch for the entire month.

With just eight days left in August, we have had just .37 inches of rain and there isn’t any rain to speak of in the 10 day forecast. And we won’t mention that this is going to be one of the warmest Augusts in quite some time, too. Normally, our average rainfall for August is around 3.44 inches.

I have watered the vegetable garden a few times, which seemed to pull it back from the brink last week, though it was so hot when I was trying to get it back in shape that it nearly sent me over the edge. But it is better, and so am I. I am harvesting a few ripe tomatoes every few days, plenty of hot peppers, and as much okra as I’d care to eat. Not to mention that the squash vines have perked up a bit and started blooming again.

The whole garden could use another round with the sprinkler, and will get it tomorrow evening.

Elsewhere, the garden is a veritable plant laboratory, if one wants to study the impact of the third wettest June in history followed by what is likely going to be the driest August in history on plants in a zone 5 garden in Indianapolis.

The grape vine looks about the same as any other year. You would hardly know from looking at its leathery leaves, pictured above, that it is so dry out. The ‘Endless Summer’ hydrangeas, on the other hand, look like they are about to give it up for this year, perhaps for all time. I’ll spare you the pictures.

Another plant that looks great is the calamint, Calamintha nepeta spp. nepeta. 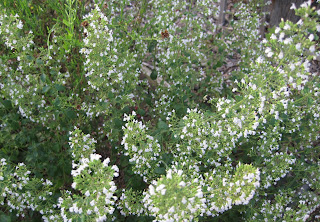 It is loaded with little white flowers and is attracting all kinds of bees, though I couldn’t for the life of me get a good picture of one to show you.

I can’t resist reaching down and pulling the stems through my hands to release its minty fragrance as I walk by it, but need to be careful to watch for the bees who might not enjoy ending up in my hand.

Speaking of bees reminds me that there is a ground nest of German yellow jackets beneath the red maple (Acer rubrum) in the front yard. Nearby is a Forsythia we transplanted this spring that needs water, but it makes the yellow jackets very angry if I forget they are there and get water in their hole. I’ve had to drop the hose and run for cover a few times now so I got smart this evening and set up a sprinkler over there.

I need to go outside now and turn it off, so I’ll close as always with…