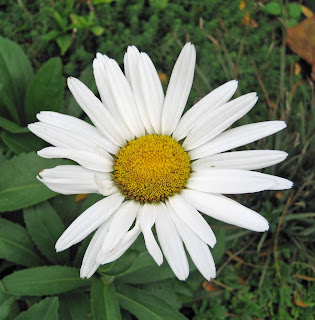 There is a new perennial border in the garden, where before there was lawn. For lack of a more descriptive name, the garden designer currently calls it  "East Perennial Border" because it is on the east side of the garden.

On the west side of the garden there is another perennial border that we call  "West Perennial Border".

Both will end up with new names at some point, when their form, function, features, and flowers take shape.

In the meantime, I have a decision to make about the East Perennial Border.  The garden designer presented two options.

The first option is to plant it with plants like Siberian iris, daylilies, Asiatic lilies and daisies so that it grabs my attention in May, June, and July.

The second option is to plant it with plants like Asters, Rudbeckia, dwarf Joe-Pye weed and tall phlox so that it stands out beginning in the high summer days of August.

I have already decided.

What do you think I chose?

And do you know what I shall call this new border?
garden design