Wrapping Up the Secrets to Achieving Happiness In Your Garden 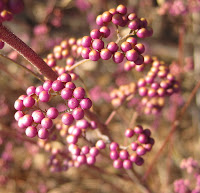 Finally, I had discovered all the secrets to achieving happiness in your garden, including the sixth through tenth secrets.

After I found the tenth and final secret, I felt as though I could relax. No longer would I have to pick up every stray piece of paper to see if a secret was written on it, or read between the lines in magazines, or examine every object I found for signs of something scrawled on it.

After a few days of rest, I returned to the old garden shed, where I had placed all the secrets one at a time as I found each of them. My plan was to write the secrets in the same book in which I had written the first five secrets to achieving happiness in your garden.

I wanted the secrets to be safe, to be available, to be found by future gardeners.

But when I stepped into the shed, lit only by the light that came in through the dusty windows, I was shocked to see that the book was missing! It wasn’t on the potting bench where I had left it. I searched the shed, looking behind stacks of clay pots, moving aside barrels of potting soil, peering into the dark corners, to see if I could find the book.

But instead of the book I found a note on which someone had written, “We’ve taken the book to have it rebound and will return it in the spring with all seven new secrets written in it.”

Seven new secrets? But I had only found five…

Oh, will this madness never end?!

Only time will tell.

In the meantime, Thank You to all who participated in Garden Bloggers Bloom Day yesterday. I am grateful for each person who joins in, who shares their garden, who gives me ideas of new plants to include in my own garden. I encourage everyone to review the link list and look for people you don’t know and head off to virtually visit their gardens. You will find gardens from across the United States and around the world, all with at least one thing in common -- a passionate gardener.
Secrets