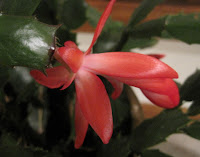 I've been continuing to read bits and pieces of The Flower Garden by Ida D. Bennett, published in 1910.

After I posted Bennett's seed buying advice, the genealogy detective gardener, Annie in Austin, did some searches and found some more information about our Ms. Bennett:

" ... looks like she was a Michigan girl (although her parents were born in New York State). She shows up on several US Census records for Michigan, living at 480 Grand Street in Coldwater, first with her parents & siblings, later with widowed mother, and last one I found was in 1920 as 'Head of Household', occupation entered as writer for magazines. And very cool - in 1903 Ida invented and patented a removable window-shelf for window gardens! Bet we would have liked her."

Yes, Annie, I do like her and I like that she included "A Chapter of Don'ts", chapter 24, in her book, The Flower Garden.

Some of these "don'ts" are still useful today, I think. See if you agree...

"Don't try to follow all the advice that is offered you; make up your mind what you want to do an go steadily ahead. If you fail you will know how, and why, which is in itself a distinct gain. It is a good rule never to take the advice of an unsuccessful person, no matter how reasonable it sounds. Distrust garrulous advice; the gardener with real knowledge is not inclined to force advice on others."

"Don't be cast down be adverse criticism unless your judgment tells you it is deserved. The person who "knows it all" is never so much at home as in some one else's flower-garden, where the principal labour may be done with the tongue."

Did you catch that last sentence? Know anyone who likes to come to your garden and tell you what you should be doing, but never offers to pick up a hoe and help you do it?

Don't be too deeply impressed with the sudden friendship at gardening time of the woman who has managed to get along without your society all winter. Don't be imposed upon by the chronic plant-beggar, but suggest to her that you will be glad to lend your catalogues..."

Don't, on the other hand, be lacking in generosity of the right sort. Flowers may be given to rich and poor alike, and carry no hint of obligation, or unfitness."

To that I say, yes, and I would add that the most generous people I know are gardeners.

Don't be too greatly cast down by failures; they have their uses.  One failure, if it sets you to studying out the cause and remedy, is worth a dozen haphazard successes.

Though, I'll admit, I like to have at least a dozen haphazard successes for each failure.

Don't try to work in unsuitable clothing. Easy, broad, solid shoes -- not any old run-down pair-- should be considered as essential as a spade, or rake, and skirts that clear the instep, and hang comfortably.

I'll skip the skirt advice, but she's right about shoes. When someone actually buys a new pair of shoes just to wear in the garden, that's the day they finally admit to themselves that they really are a gardener.

"Don't fail to take some good floral magazines, they are helpful in many ways, and keep you in touch with what other workers are doing."

"Don't fail to take up with some good garden bloggers, they are helpful in many ways..."

Thank you, Ida D. Bennett, for some good advice and good reading on a cold wintry night.

(Oh, the flower pictured above is a passalong Christmas cactus given to me several years ago.  Remember that other rule, don't thank people when they give you plants, or the plants won't grow. Instead say something like "I'll give it great care...")

(More information on Ida D. Bennett. I've determined she was born in 1860 and died in 1925. Her middle name was Dandridge.)
books gardening