Our Insect Friends and Foes 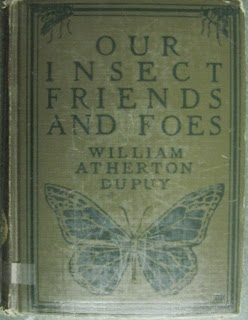 I recently purchased a new-to-me book on entomology, "Our Insect Friends and Foes" by William Atherton DuPuy (The John C. Winston Company, 1925). It is part of a Romance of Science series of books.

I've always advocated for gardeners to learn to like insects, or at least learn enough about them so that when they see them, they don't scream, drop their Felco's and run the other direction as fast as they can. No doubt, even running the other direction, or any direction, in a garden, one is going to encounter insects... bugs... creepy crawlies...

One must get used to and appreciate insects to be a successful gardener.

This looks like a fascinating book, if you discount that it is 85 years old and remember that it lacks several decades of advances in the study of entomology. That might be good, or it might be bad, but I'm sure it will be interesting, if the first few paragraphs of the Preface are any indication.

"This is not a book on entomology, but a travelog of insect land.

It is not intended to add to the knowledge of the scientist, but to show the general reader the vastly important relationship which exists between insects and human beings.

Its purpose is not to set forth weighty information in an impressive manner, but simple facts in such a way that the story of them will be easy to read.

It is not written for the occasional student who delights in dry tomes, but for the multitude whom it would help to discover that there is romance among these small neighbors that is as enthralling as that encountered by sailors shipwrecked in an outlandish, far-away island." 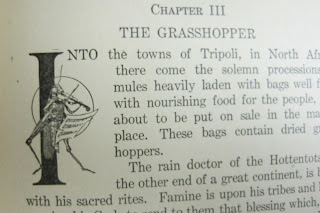 I'll keep you posted on the good parts...
books insects