"When does spring commence?" 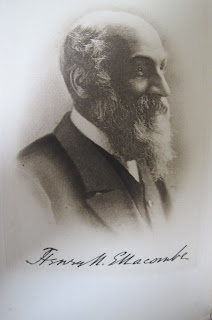 I've been spending some time this morning with Canon Henry N. Ellacombe discovering his answer to the question "When does spring commence?"

There are many wrong answers to this question, according to Ellacombe, including "April". It is also wrong to think of spring flowers as being those that bloom in the spring months of March, April and May.

Instead, Ellacombe says that none other than Lord Francis Bacon had the right answer when he described his ideal garden in which he would have Ver perpetuum.

According to Ellacombe, "To the real lover of plants, spring lasts from the first of January to the thirty-first of December, and spring flowers are to be found all through the year. To put it another way, spring is the time at which flowers wake out of their sleep, and the awakening takes place, not according to months, or even to weather, but according to the needs and nature of each different plant."

I went outside later and looked for some spring amongst the snow, some Ver perpetuum.  I had to look closely to find the leaves of a crocus that dared to bloom a few weeks ago. 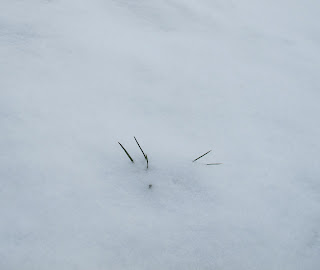 It is more spring-like inside, in the traditional sense, where a hyacinth is blooming 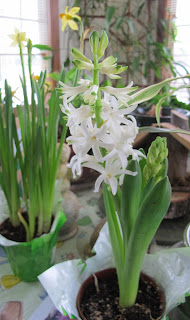 I confess that I bought this hyacinth already potted up, budded up and ready to bloom.  It made me think of this little verse.

"If of thy mortal goods thou art bereft,
And from thy slender store two loaves alone
are left,
Sell one, and with the dole,
Buy hyacinths, to feed thy soul."

There are also some Kalanchoe in bloom out in the sunroom. 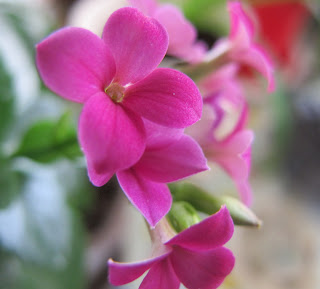 That pink is exactly the color I want to see on a plant blooming inside when the world outside is snow-covered.  It  reminds me that there is a spring for every flower, that Ver perpetuum blooms year-round in every garden.

Anonymous said…
I love that we gardeners always yearn for what's next. Anticipation is a sweet tonic, especially when times are tough. The trick is to enjoy it without letting it fool us into doing something stupid.
Mon Feb 04, 07:06:00 AM 2013