Bracketology - How a gardener chooses the winner 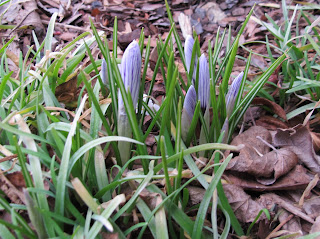 As Spring arrives, and the gardener turns her thoughts to her garden, it appears that the rest of the world, at least in the United States, turns their thoughts toward basketball.

In particular, they turn their thoughts to NCAA basketball and the  important task of filling out their brackets to predict who will win the big tournament.

Here at May Dreams Gardens, I've applied a little gardening knowledge to predict who will win.

First, I went down through all of the teams and figured out which schools have agricultural programs, and thus presumably horticultural programs.  I predict that these teams will beat the teams from schools that do not have such programs.  (It is my opinion, by the way, that ag schools are under represented in the tournament, but we can discuss that another day.)

Where there are two teams playing each other and neither offers an agricultural field of study, I picked the school that makes me think most of flowers and gardens.  For example, Pittsburgh and Wichita State are playing each other in the first round, neither has an ag school, so I picked Pittsburgh because the 2014 Garden Writers Association symposium will be in Pittsburgh.  In another example - Cincinnati vs. Creighton - clearly I choose Cincinnati because they have some good horticulture going on at the local zoo.   Harvard and New Mexico?  Neither have ag schools, so the clear choice is Harvard because I think there is a nice herbarium there, but I'm not sure.

By the way, those who put the brackets together had only one school in the East bracket with an ag school - North Carolina State, so they will surely advance to the Final Four out of the East.

In the South bracket, the only school with an agricultural program is Western Kentucky. You guessed right, they also go in my Final Four.

Oh, picking teams is so easy doing it the gardener's way. Why do people spend so much time on something so easy?

Out of the Midwest bracket, which is played in my city - Indianapolis - we have the unusual situation of having five ag schools represented.  Hmmm... this requires a little thought.  Let's pick Oklahoma State for the winner there because Oklahoma is home to some good gardeners that I know.

Finally, in the West bracket, where there are also five ag schools, I'm going to choose Ohio State for no particular reason other than they are from a neighboring state and my team, Purdue, also a great ag school, isn't even in the tournament this year.

And to win it all... the final game will feature those ag school powerhourses, Oklahoma State and Ohio State, with Ohio State winning it all.

That was all so easy.  It just goes to show once again that as with most things in life, if you apply a little gardening knowledge to it, you can generally figure it out.
humor