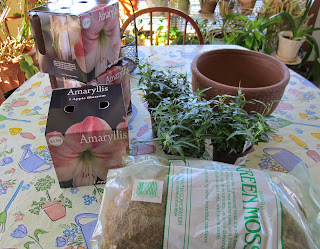 I was browsing images on Pinterest and came across a picture of some Amaryllis planted in a large container with ivy, pinned by Mary Ann of Gardens of the Wild, Wild West.

I decided right then and there that I would pot up some Amaryllis and ivy for myself, just like in the picture, sort of.

The picture on Pinterest showed white Amaryllis in a white container.

I decided on pink Amaryllis in a brown clay container because mine are probably going to bloom a few weeks after Christmas. Plus, that's what I found at the store when I went to buy the Amaryllis bulbs and ivy. Pink and red.

Step by step, here's how I put the planter together.

First, I set everything out on the table in the sun room, shown above.

Wait.  That table cloth is all wrong. That's kind of springy. I need my wintry, Christmasy table cloth for this project. 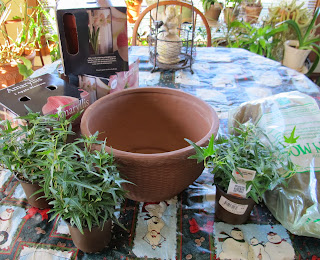 Wait.  I am going to be slinging around potting soil.  I better put something down, like newspaper, to contain the mess. 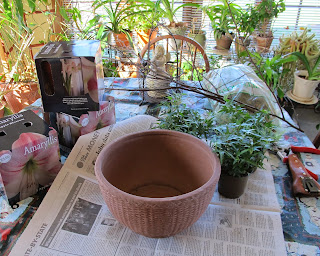 I added some potting soil to the container and placed the three Amaryllis bulbs so that when the planting is finished, their necks will be sticking up out of the soil 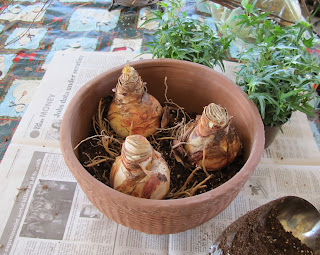 Then I added the twigs and more potting soil. 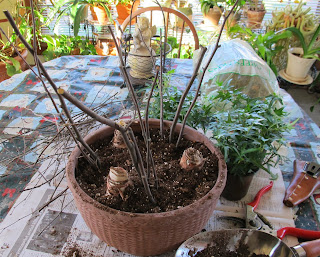 I'm not sure about those twigs, but let's add the ivy and see how it looks. 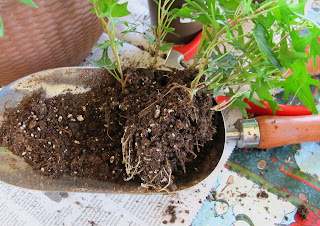 As with many houseplants, there is often more than one plant in a pot. I separated the ivy into multiple plants so I could spread it around in the container. 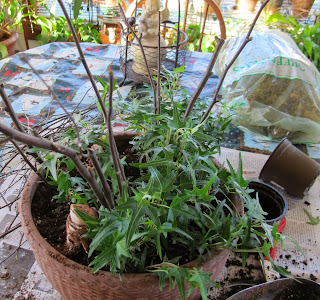 Before I finished it off, I took it over to the sink and watered it thoroughly. 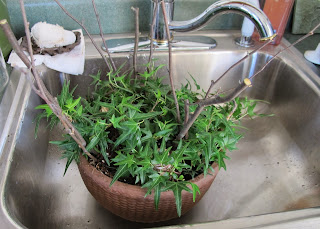 If you don't have a plant sink in your sun room, you should get one. They are the cat's meow, the dog's bark, the bird's chirp.

I thought this looked nice once planted, except for maybe those twigs, but decided to do one more thing to it. 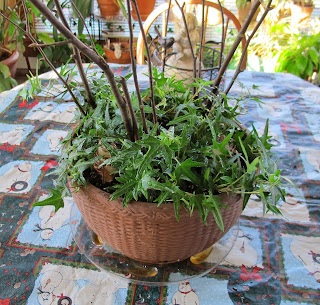 I added some green moss around the edges to cover up the dirt. 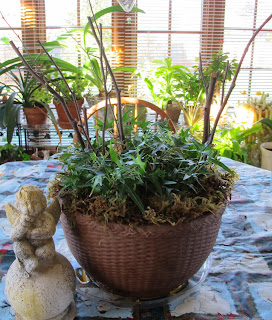 And there it is. My planter of three Amaryllis with ivy.

Of course, it's going to look a lot better once the Amaryllis actually send up bloom stalks and bloom. That should be in seven to ten weeks, around mid-January, hopefully.

If it looks nice once it is blooming, I'll share a picture of it. 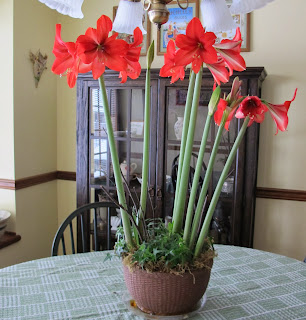 This is worth repeating every year.