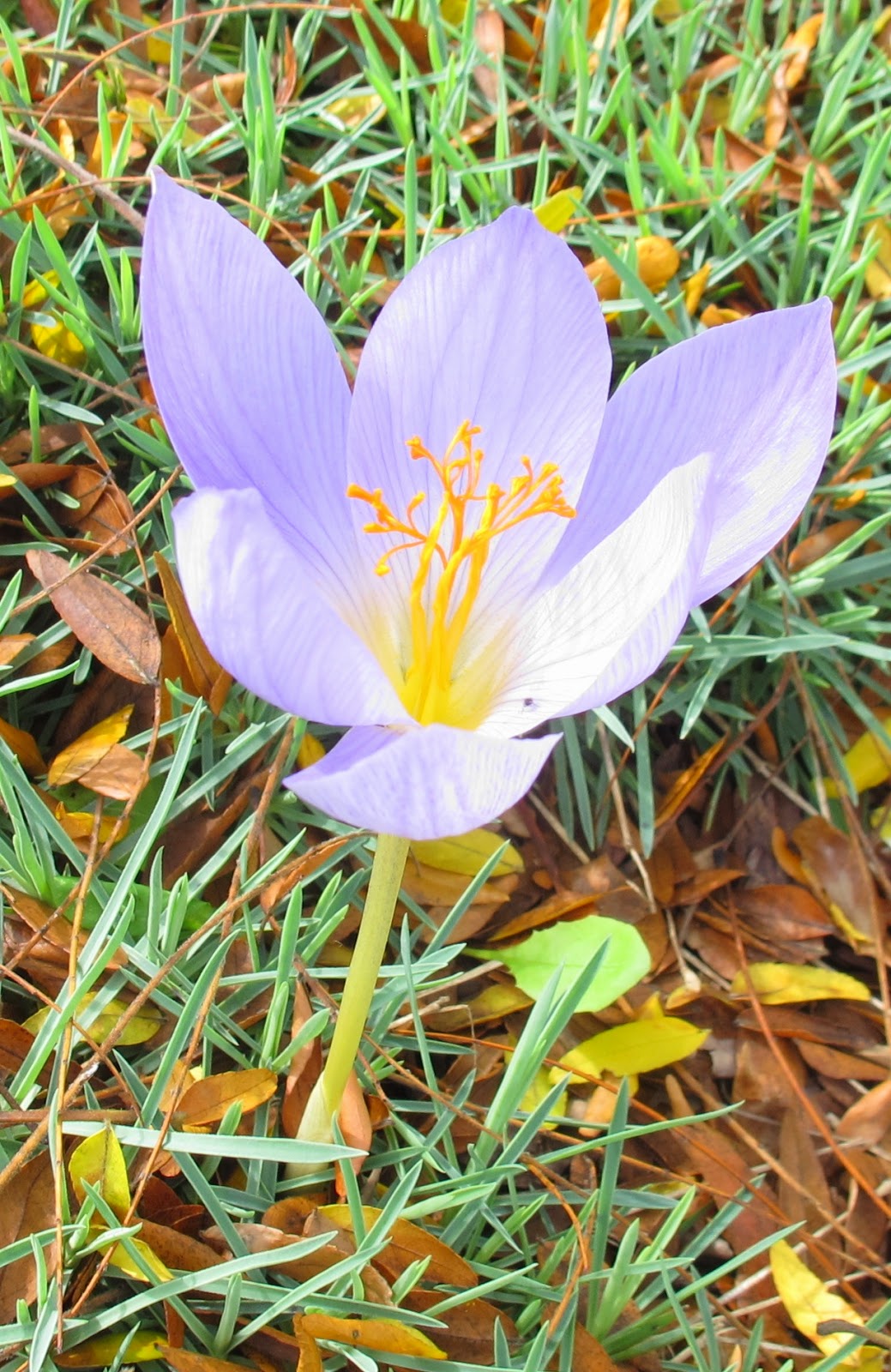 Once upon a time, in the autumn time, a bouquet of garden fairies were sitting in a garden, resting after a long day spent painting tree leaves in the traditional colors of fall.

The garden fairies were all covered in fall colors - gold, orange, crimson, yellow, burnt umber, brown and all colors in between.  They were tired but satisfied they had done as good a job as they had ever done painting leaves in the fall.

As they sat and drank their cloverberry tea, one of the garden fairies, Sweetpea Morningglory, lamented about the lack of flowers in the garden.  She longed for the new blooms of early spring days.

Though the other garden fairies pointed out there were still asters and goldenrod in bloom and many of the summer flowers had pushed out one or two more straggly new blooms, she said they weren't the same as what she wanted.

"I'd love to see some flowers pop up in the fall," Sweetpea said, "just like they do in the spring".

They all nodded in agreement. Such flowers would be wonderful!  After a bit, just as they were about to doze off, tiny little Deema Mae Flowerweb piped up and said, "Maybe we should make such a flower?"

Oh what a wonderful idea, they all said in unison. Then they began to think. What should such a flower look like?

They all agreed it should be something at ground level, just like the spring flowers. And it should be hidden all summer so when it came up and bloomed, it would be a surprise and delight to everyone.

Then they began to discuss what color it should be.  Some wanted it to be a color of fall - orange or yellow or crimson.  But others said it should be the color of spring, to give them a glimpse of what would bloom after the great snowfalls of winter.

Finally, Deema Mae Flowerweb piped up again, "Let's make it the color of spring, but we'll add orange stamens so it complements the colors of autumn."

Brilliant, they all said.  And so the garden fairies began to work on their vision and came up with the Autumn Crocus, Crocus speciosus.

Just like the spring-blooming crocuses, Autumn Crocus corns are planted in the fall. In the spring, leaves will appear, but not flowers. Then the next fall, when the gardener has almost forgotten she ever planted them, the Autumn Crocus blooms pop up out of the ground.

When the gardener steps into the garden in October and sees the Autumn Crocus blooms, she is breathless with excitement. 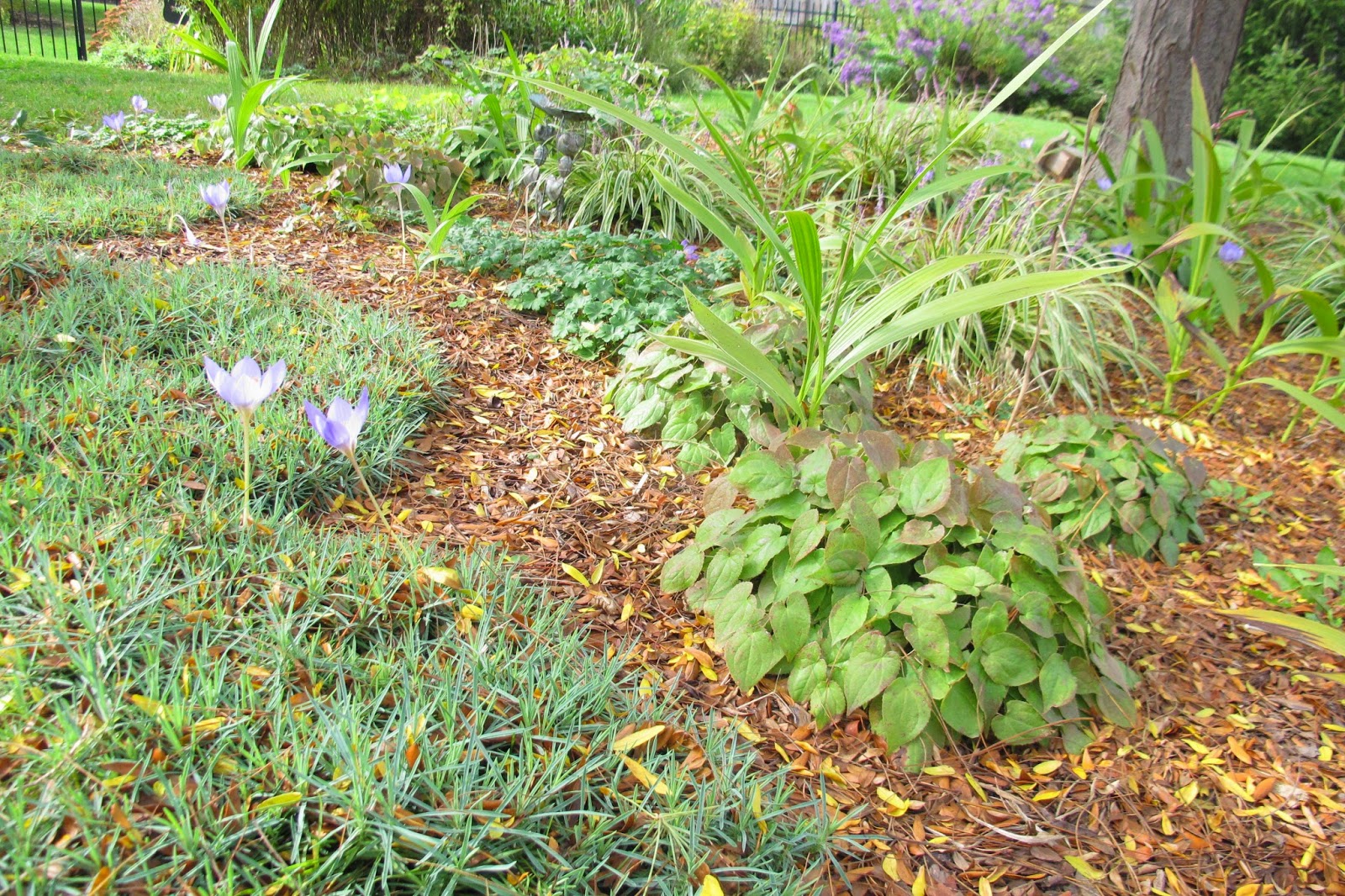 She marvels at how the stamens of the blooms perfectly complement the color of the fallen leaves. 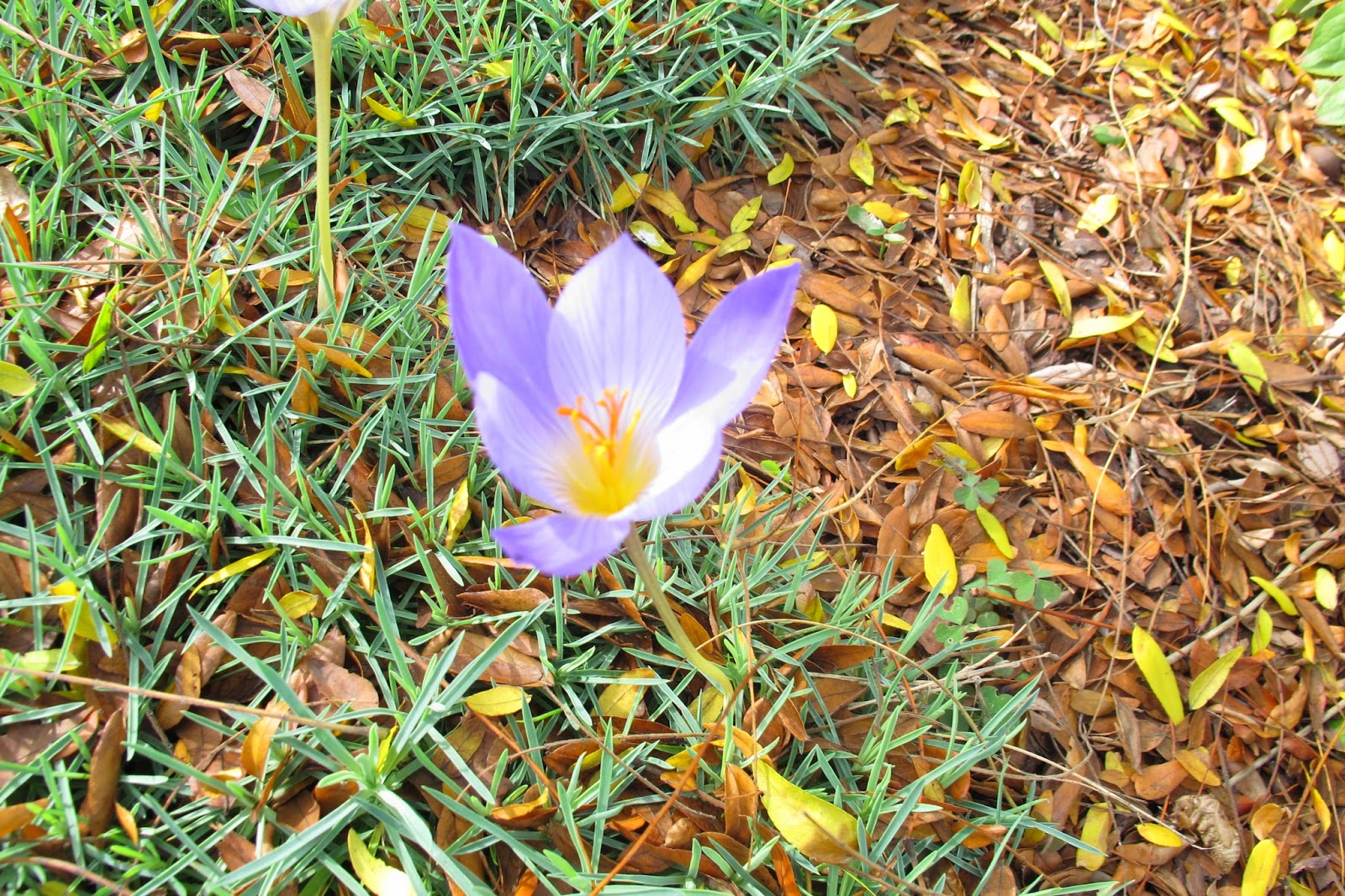 She is reminded of the spring crocuses which will bloom in her garden after the winter time has passed.

She wonders at who could have designed such a perfect flower for Autumn.

And nearby, a tiny little garden fairy named Deema Mae Flowerweb snuggles down in an old watering can, smiling.  She knows how the Magical Autumn Crocus came to be.  And she is as pleased as anyone to see it each Fall.