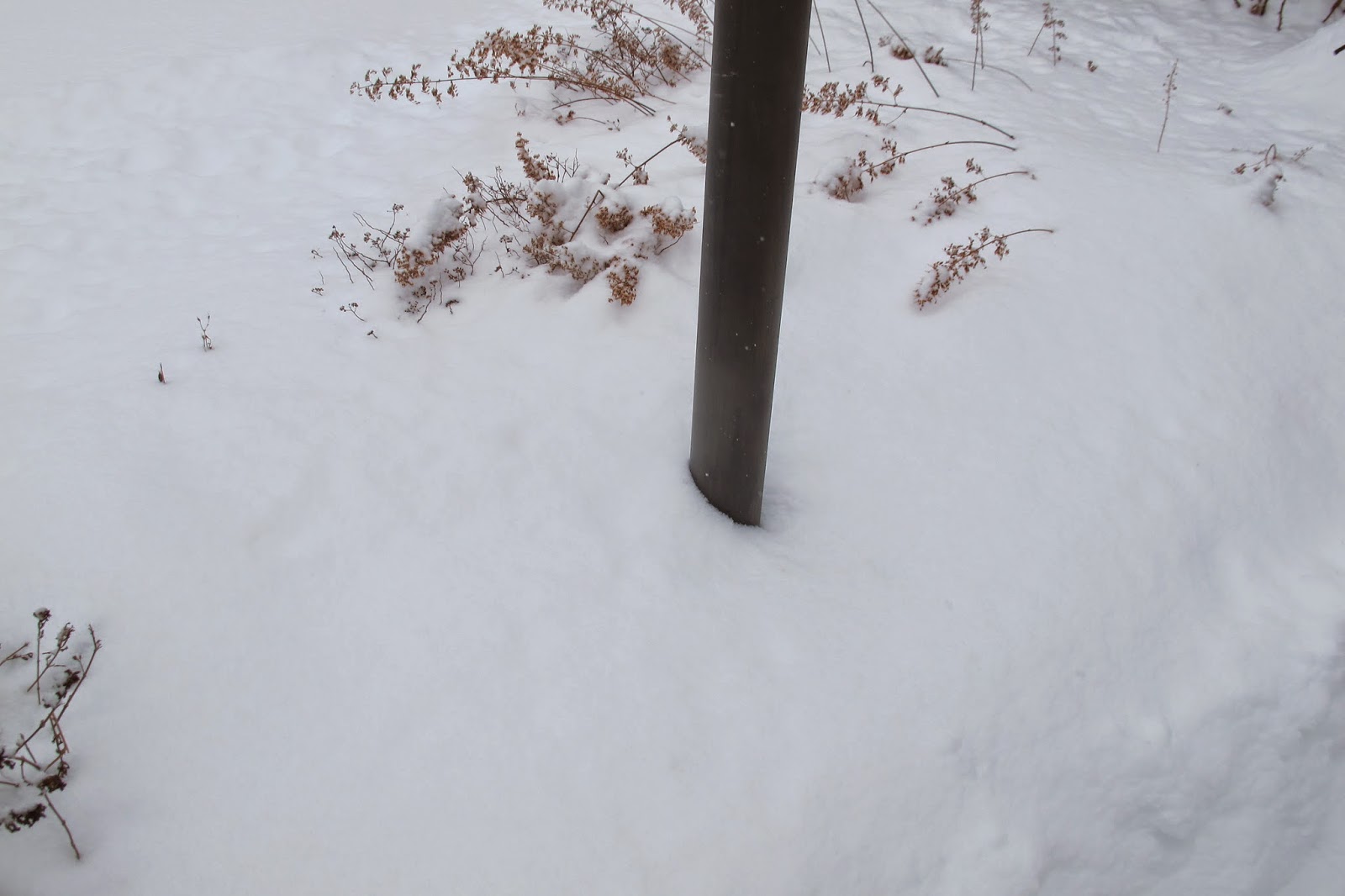 Ah yes, the blooms of early spring. It's time for them to appear, now that it's March 1st.

In this first picture, the snowdrops are making their appearance, but it is under the cover of snow.

They are like little nodding bells, ringing in the spring, though currently, with the March 1st snowfall, their nodding bells have been nearly silenced, perhaps even crushed.

In this next picture, we see where the first crocuses of the early spring bloom season generally appear. 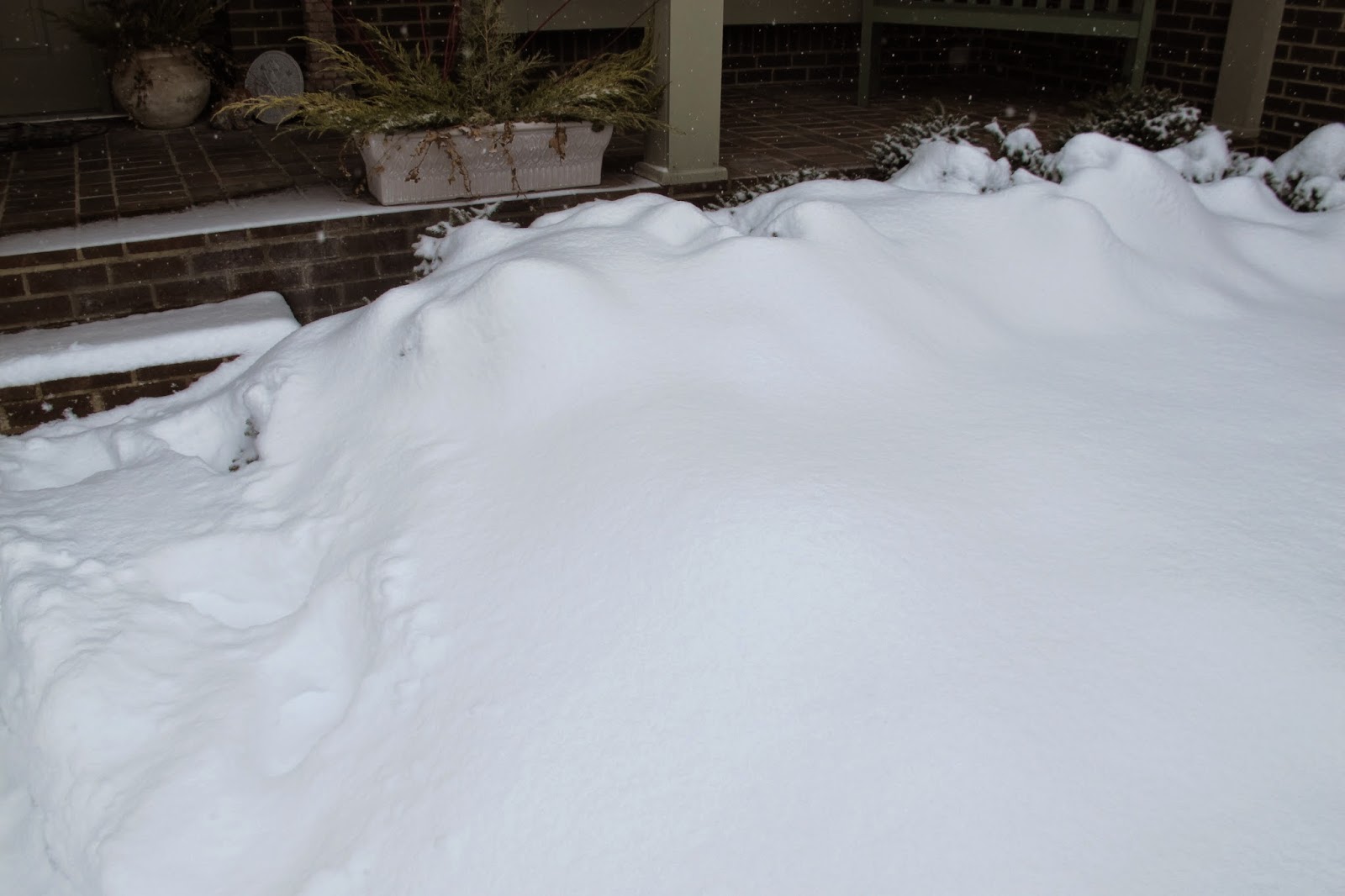 I suspect it will be a few weeks before that mound of snow is completely gone. But if you squint, you might be able to see their first leaves poking through.

Squint.  Do you see them?

Perhaps the reticulated irises will show up soon? 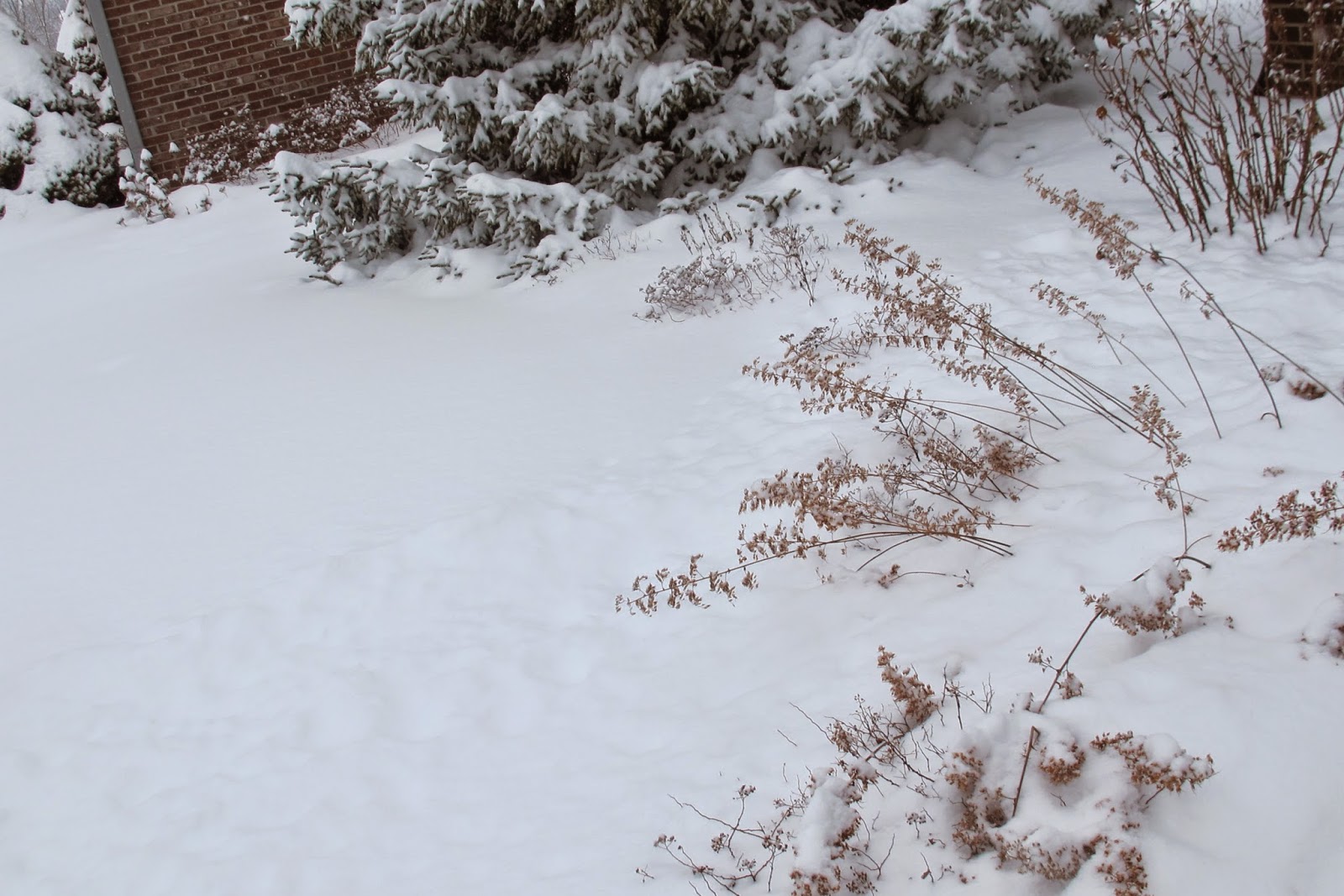 There are three hundred of them planted along this border, under that snow.  Do you see them?

Meanwhile in the back garden, the stage is set for the crocuses and glory-of-the-snow planted in the lawn to bloom for Easter, in just five weeks. 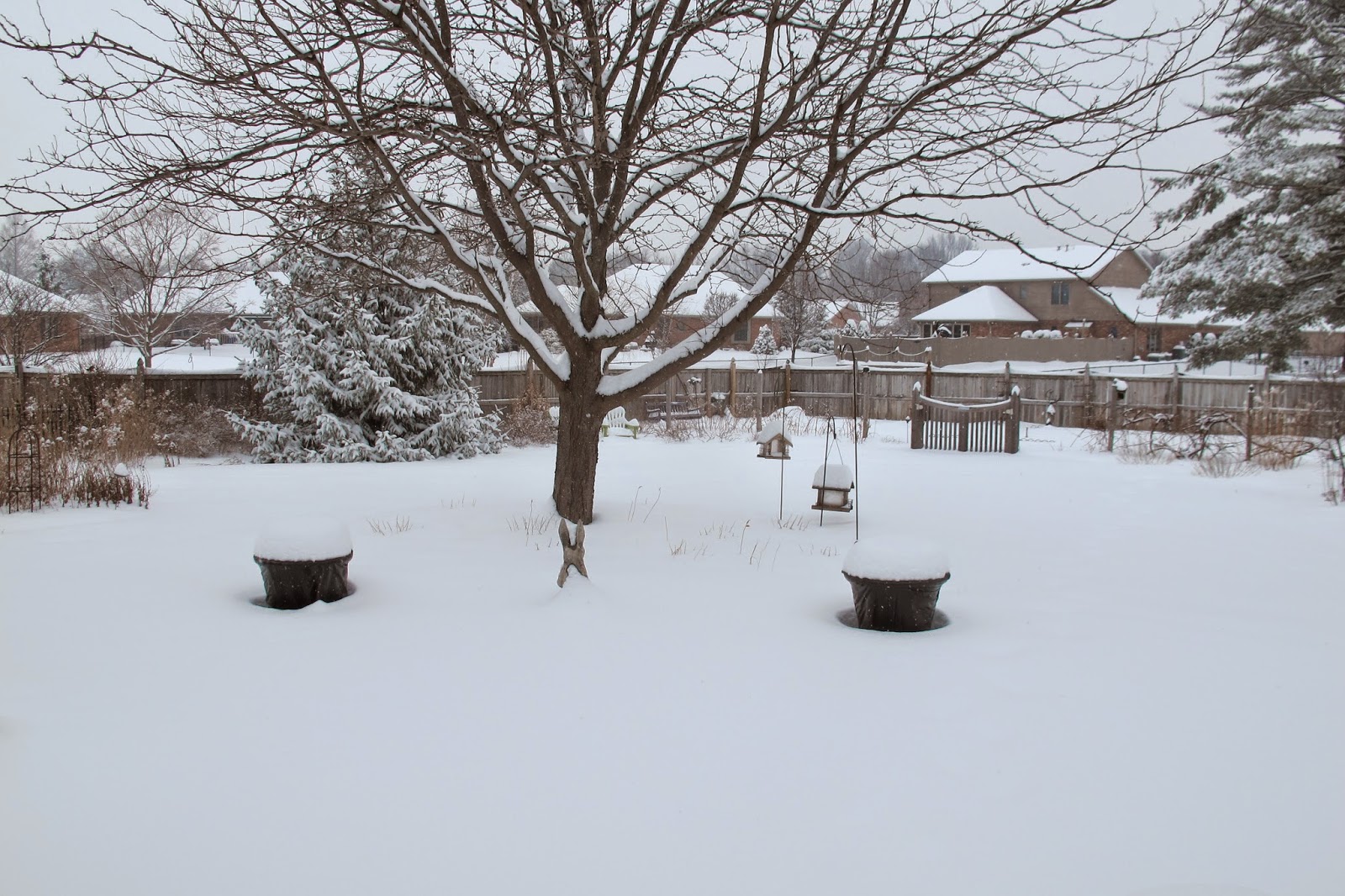 "Your post seems just a wee bit snarky. I think you are suffering from "snow vision hallucinations".

"That's when you look at the white snow and see flowers that aren't there yet. It's a coping mechanism, no doubt."

Is there a cure?

"Sure, Carol. The cure is for the snow to melt, for spring to arrive, and for the flowers to actually bloom. Then you'll forget all about winter, again."

"It's the cure we all want."
dr. hortfreud humor winter