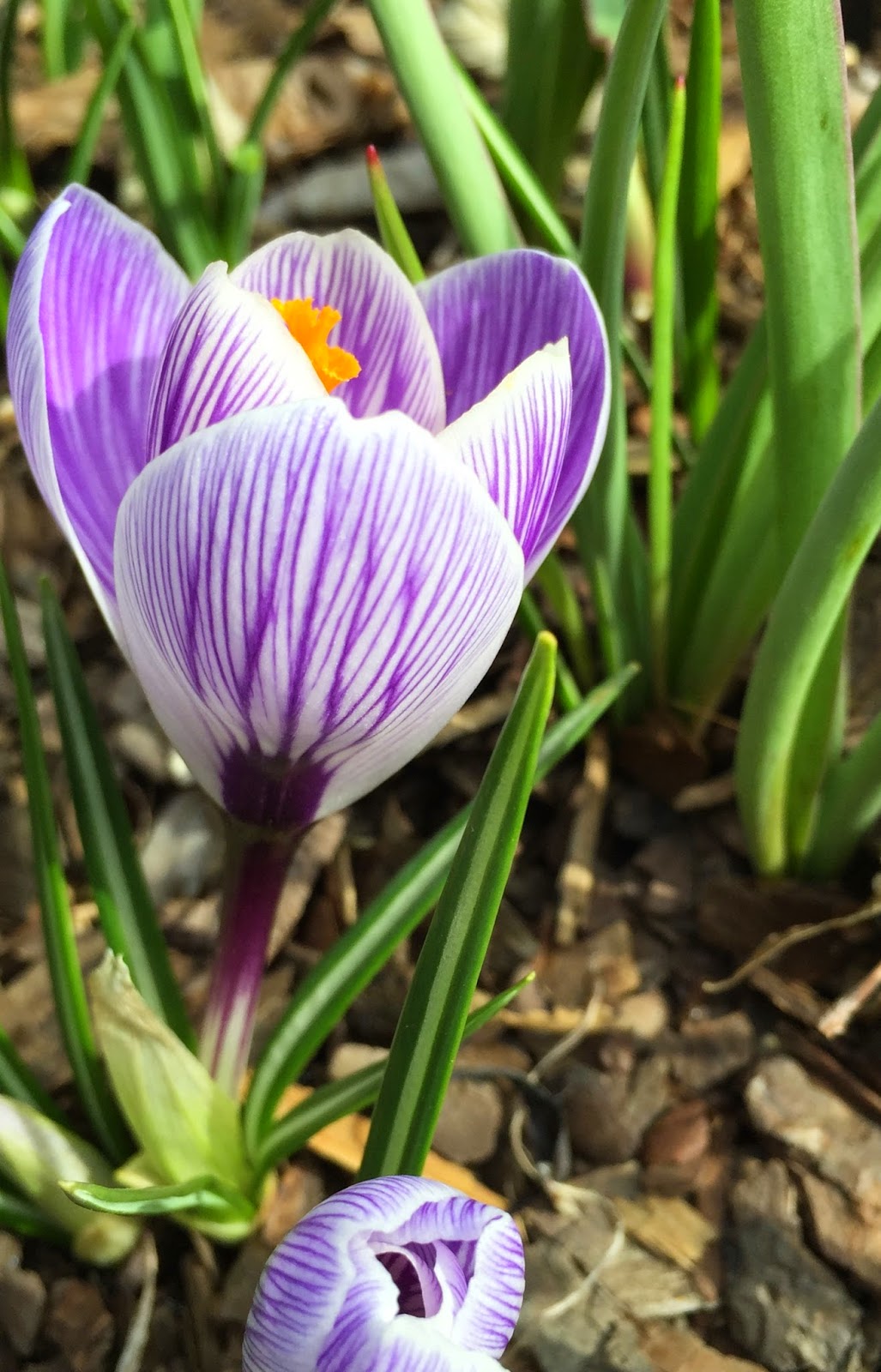 Lean in, new gardeners, I'm going to tell you a secret about gardens.

Gardens, in general, are very forgiving of mistakes. And they don't demand precision in timing or perfection in plant choices, either.

So if you are all uptight about possibly making a mistake in your garden, please relax. You are taking all of the fun out of gardening.

I promise you your garden will forgive you for mistakes. It doesn't demand the precision you may be trying to impose on it.

For example, I planted my peas on St. Patrick's Day. I make a big deal, perhaps too big a deal, about planting them on March 17th, no matter what.  But really, most planting doesn't have to be done on a specific day.  Usually there is a window of time, perhaps several weeks or longer, during which you can complete most gardening activity.

Plants?  You don't need the latest and greatest plant being promoted this season.  In fact, sometimes you are better off choosing an older variety that is tried and true and time tested.  Let others try those new plants and see if they measure up.

And plants don't care if you remember their names. They don't. So don't worry if you can't rattle off the name of every plant in your garden.

Plant placement?  Well, of course, when it comes to trees and big shrubs, placing them in a good spot in the garden is important, as once they've been in that spot for a few years, they sure don't like to be moved.  But you can move them, or if necessary remove them, if they just aren't working out where you planted them.

In my own garden, I planted a forsythia next to the house, then decided a year later to move it out to another planting border.  It almost died in its new spot, not because it was a bad spot but because it seemed to have some kind of disease killing it off branch by branch. So I cut off the diseased parts and moved it again to yet another location, where it has been happily growing for the last two years.

Yesterday I looked at where it was and said to myself, "Duh, what was I thinking planting that forsythia there?"

Yep, I'll be moving it in a few weeks. It is completely in the wrong spot and if you saw where it was you would shake your head and wonder, too, why I planted it there.

Perennials? If you miss the mark, you can dig them up like you are going to divide them and then just march them off to a better location.  They'll be fine and you'll likely get more plants in the process.

I could list other mistakes I've made in my garden.  There have been a lot of them. I've laughed about some of them. Shook my head in disbelief at others. But for the most part, my garden has forgiven me and together we've happily moved on season after season.

Remember this secret, the secret of the forgiving garden, and go out and have some fun in your garden.  If you mess something up, I promise you, your garden will forgive you.
gardening