April 22, 2015
I'm not sure if the Carolina Silverbell tree in my garden is a testament to my laziness or to my stubbornness.

Probably a little of both.

It's a pretty little tree, or could be under the right growing conditions.  It has a unique bloom which looks like a little pink bell.  In the top picture, the bells are just beginning to open.

In the fall, each bell shaped flower will produce a seed bearing vessel called a dry drupe.

This is the second Carolina Silverbell, Halesia carolina, I've tried to grow in my garden.  The first one sort of ended up in the wrong place after I redid the garden layout with the help of a garden designer.

It languished for a couple of years and then I put it out of its misery.

This second tree isn't doing much better.  It has been through two winters in my garden so far. After its first winter, the top of the tree died off. Some people with a little more sense might have cut it back to the ground at that point.  I cut out just what died back and decided to see how it grew.

This spring it isn't looking much better. 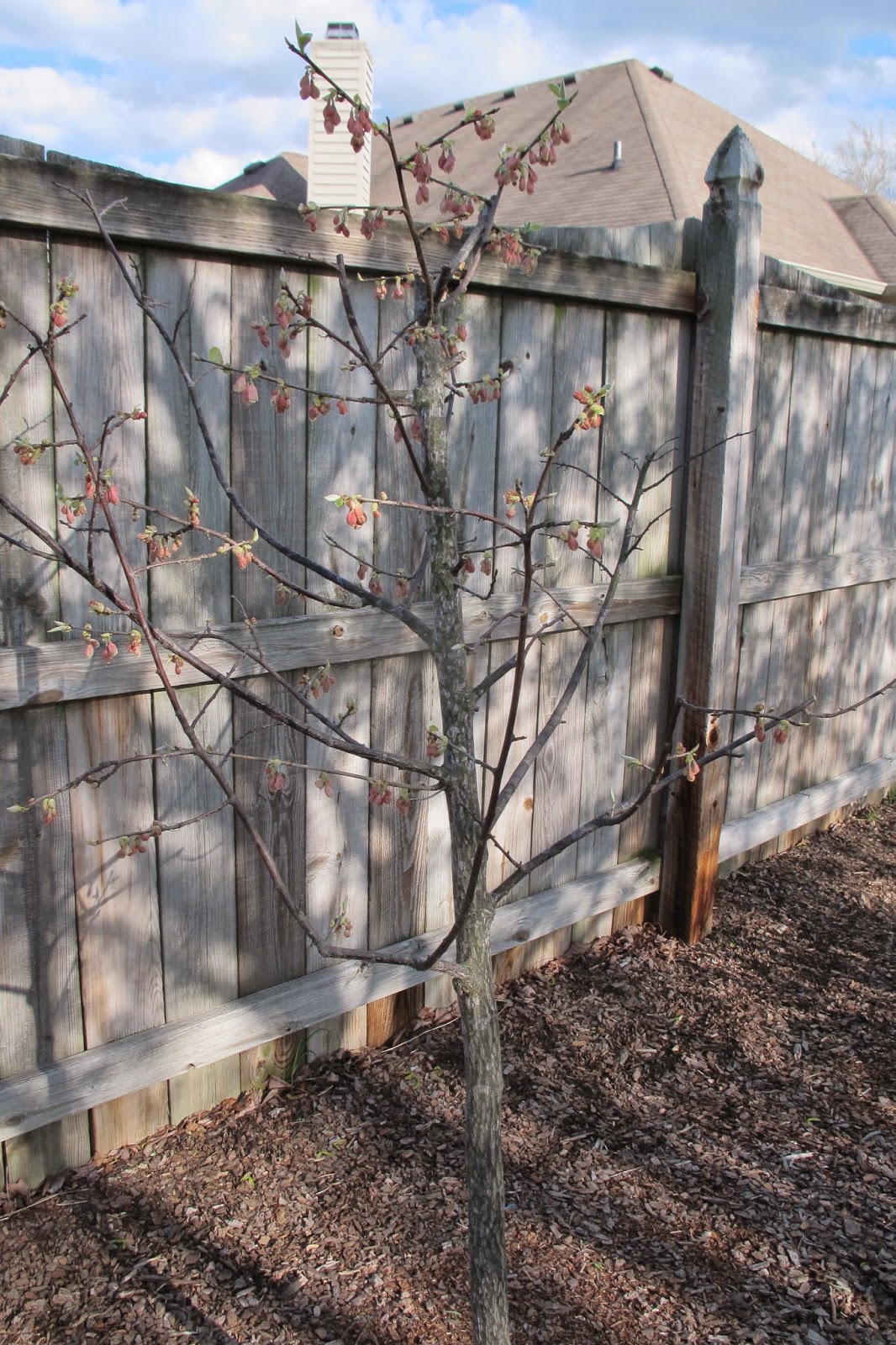 It's hard to see in the picture, but a couple more branches didn't make it through the winter. Though, I must say, the branches that did make it have a lot of blooms on them.

How is this a testament to my laziness?  Well, this tree isn't thriving, it's mostly surviving. I should take it out and plant something more suitable in its place.  Perhaps another dogwood, Cornus florida, which is a tree Gail of Clay and Limestone is highlighting this month as our hostess for Wildflower Wednesday?  Or maybe something else? Instead, I'm leaving it.

How is this tree a testament to my stubbornness?  I'm not yet willing to give up on the idea of having a thriving, gloriously blooming Carolina Silverbell in my garden.  I'm just not giving up. I'm going to give this one some tender loving care and see if that helps it snap out of its funk, or whatever it is in.

We'll see how it goes. I'll make a final decision this fall, in time to replace it with another, better, choice for my garden, if that is the decision.

There is much to ponder in the springtime garden, but today, as you can see, we are pondering wildflowers, native blooms, today.  Go visit Gail of Clay and Limestone to see who else is writing about wildflowers today.
trees wildflower wednesday