If plants had boots instead of roots 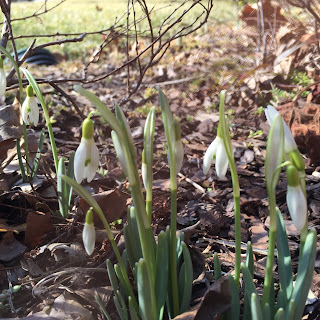 If plants had boots instead of roots, would they stay in your garden or put their boots to work and move on?

Why would they move on?

All those plants that popped up and bloomed, if they had boots instead of roots, might be checking the schedule for a southbound bus about now.

And then there are the weeds. Who wants to live in a neighborhood where thistles flex their thorns at every leaf that grows within an inch of them? Where, if you aren't a careful plant, a dandelion seed can germinate practically on top of you and then entwine its roots with your roots?  I'm sure even the hardiest, toughest plant in the garden shudders at the very thought.

Or how about location?  Just like in real estate, location, location, location is important to many plants. If they had boots instead of roots, would plants run out of that low spot that seems to hold water for days on end after a rain? Or move away from that tree that hogs all the moisture, sunlight and nutrients and leaves them with nothing to grow on?

If plants had boots instead of roots, and any sense of style, would they run away from that coral colored flower that nothing else matches? Would they try to organize themselves a bit, like birds of a feather, in way that makes them happy?

In some ways, plants do have boots, in addition to roots.  They can creep along, seed along, root along and somehow move themselves around the garden, coming up in the oddest places.  They can also just disappear, leaving the gardener to wonder was it the weeds, the location, the other plants around them, the weather? What caused them to exit the garden?

We'll never know, but we ought to treat plants like they have boots instead of roots.  Give them the best soil, the best location, and the best neighbors and maybe they'll take off their boots, set down some roots and stay awhile.