I took my tree to Tree Court 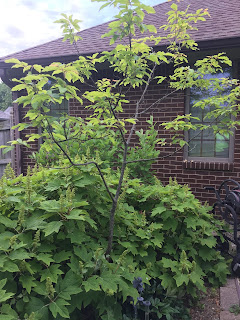 I took my tree to Tree Court.

I'm breaking up with it.

Me: Your Honor, this tree has not performed its tree duties in the almost seven years it has been taking up residence in my garden.  It refuses to have flaking bark like other paperbark maple trees and has barely grown since it was planted.  At one point, Your Honor, my sister thought it was a weed tree that I just let grow there.

The Judge: Does the tree have anything to say in its defense?

The Judge:  Carol, do you have any other evidence of the tree's poor performance.

Me:  I do, your honor, and if it pleases the court, I'd like to submit this picture of evidence of the lack of flaking bark. 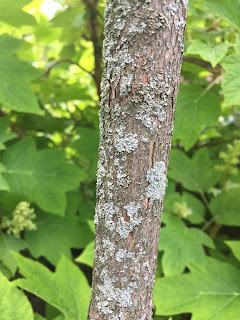 The Judge: That is compelling evidence. Does the tree have anything to say in its defense?

The Judge: I hereby grant that Carol may break up with this tree and may do so by whatever means she chooses, including cutting it off at the base or digging it out and transplanting it elsewhere.

Me:  Thank you, Your Honor. I do not break up with trees lightly or on a whim so I appreciate you making this as painless as possible for all concerned.

The Judge:  Well, it might not be painless for the tree, but I know you'll do the right thing by it. I trust, too, that you will not enter into a new tree relationship until such time as you have had a chance to carefully consider all options.

Me:  Yes, Your Honor.  I certainly want to avoid a rebound tree that turns out to be worse than this tree, though since this one doesn't flower, doesn't really grow much, doesn't have pretty flaking bark, and doesn't have enough leaves to make a difference with fall color, I'm not sure how I could do much worse.

The Judge:  Trust me, you could do worse. In fact, to facilitate your break up, I'd like you to leave the tree in place for the summer and remove it in the fall. After all, fall is the best time to transplant trees and plant new trees. This will ensure that you don't fall victim to an unsuitable summer tree romance.

Me:  Yes, Your Honor, if it pleases the court, I will not finalize the break up until the fall.

The Judge:  Case Closed. Next. 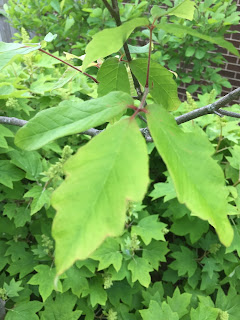